tcpdump is a useful tool for seeing what network packets are being sent/received on a computer. I used to be really confused about tcpdump! I’d run tcpdump, it would print a bunch of incomprehensible output, I’d look at the man page, and I’d run away.

I’ve learned a lot more about it and these days, I feel really comfortable with tcpdump! I’ll see a networking problem, think “oh, no big deal, I’ll just fire up tcpdump!”, and be one step closer to figuring it out.

So I decided to write a short 12-page zine to explain tcpdump basics so that you too can realize “hey, this isn’t so bad!!”.

I’m doing an experiment with this one where – you can buy it today for $10 (early access!), and then I’ll release it for free on this blog a little later on. If you’re excited about tcpdump and want to buy it and help support julia’s zine-making enterprises, here it is. As usual it includes both a version you can read online and a version you can print out and give to your friends.

Here’s what the cover looks like (I hired an awesome illustrator!): 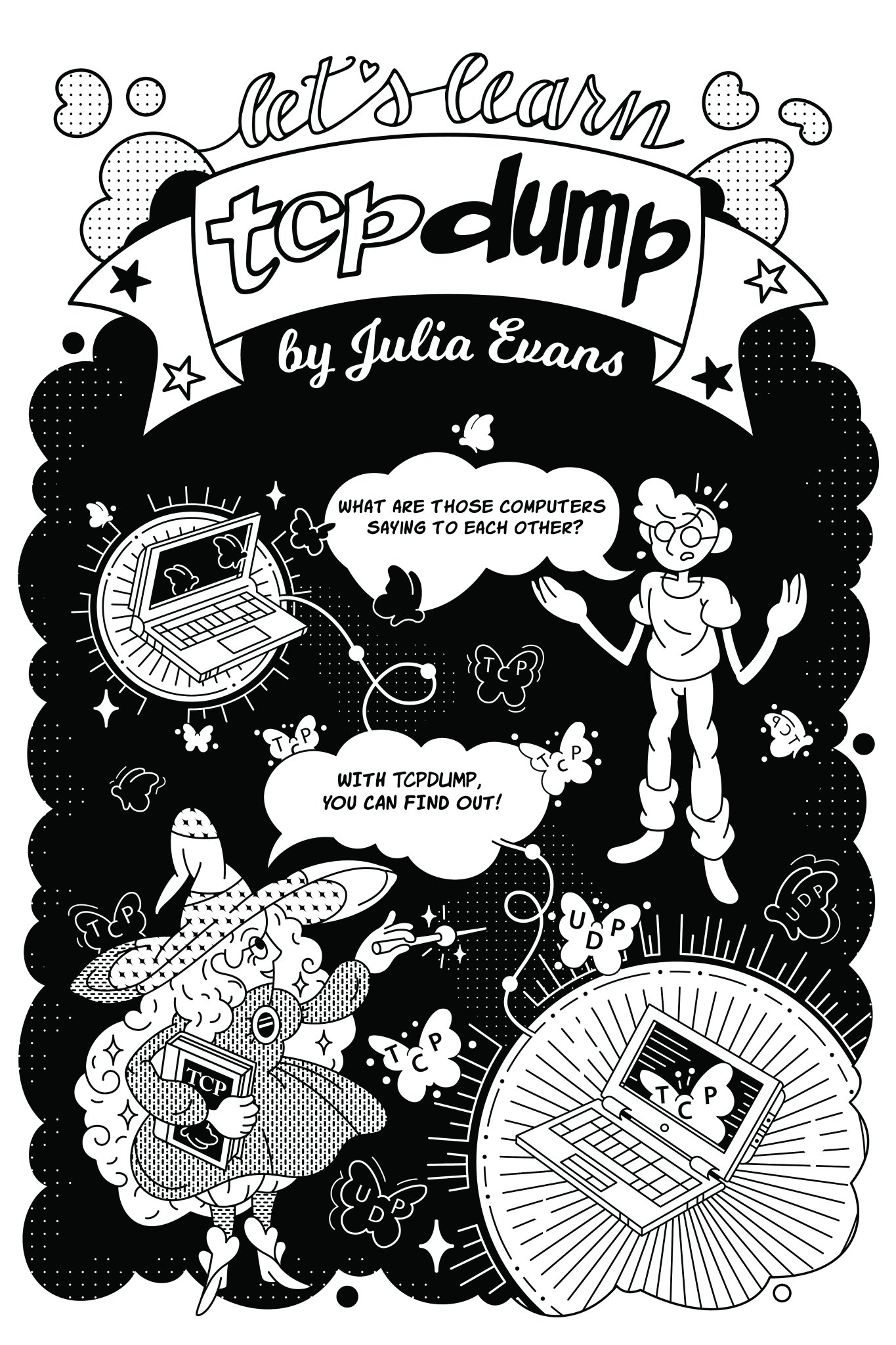 and the inside pages on tcpdump command line arguments, as a preview – it turns out there are only a few that you really need to know about! 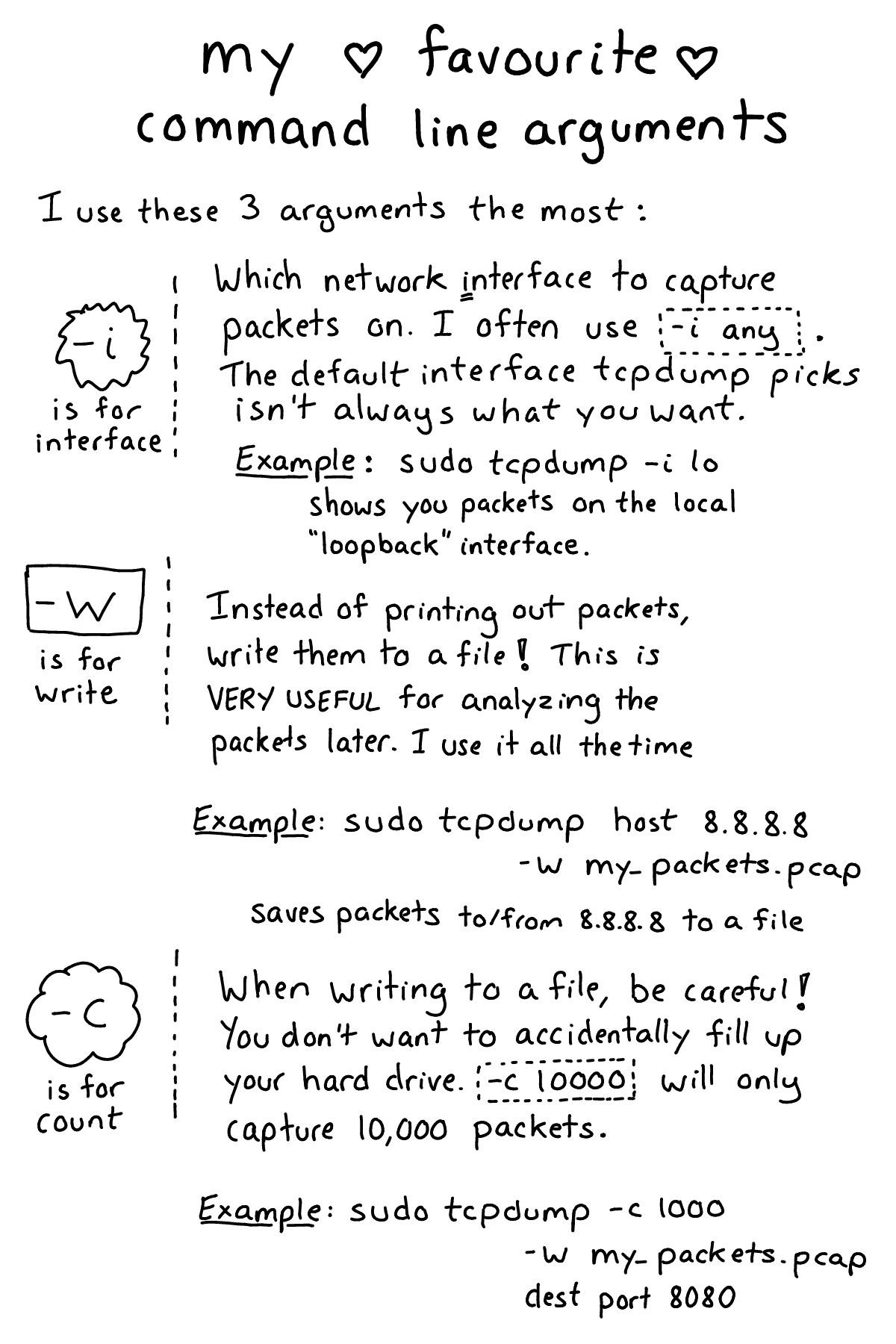 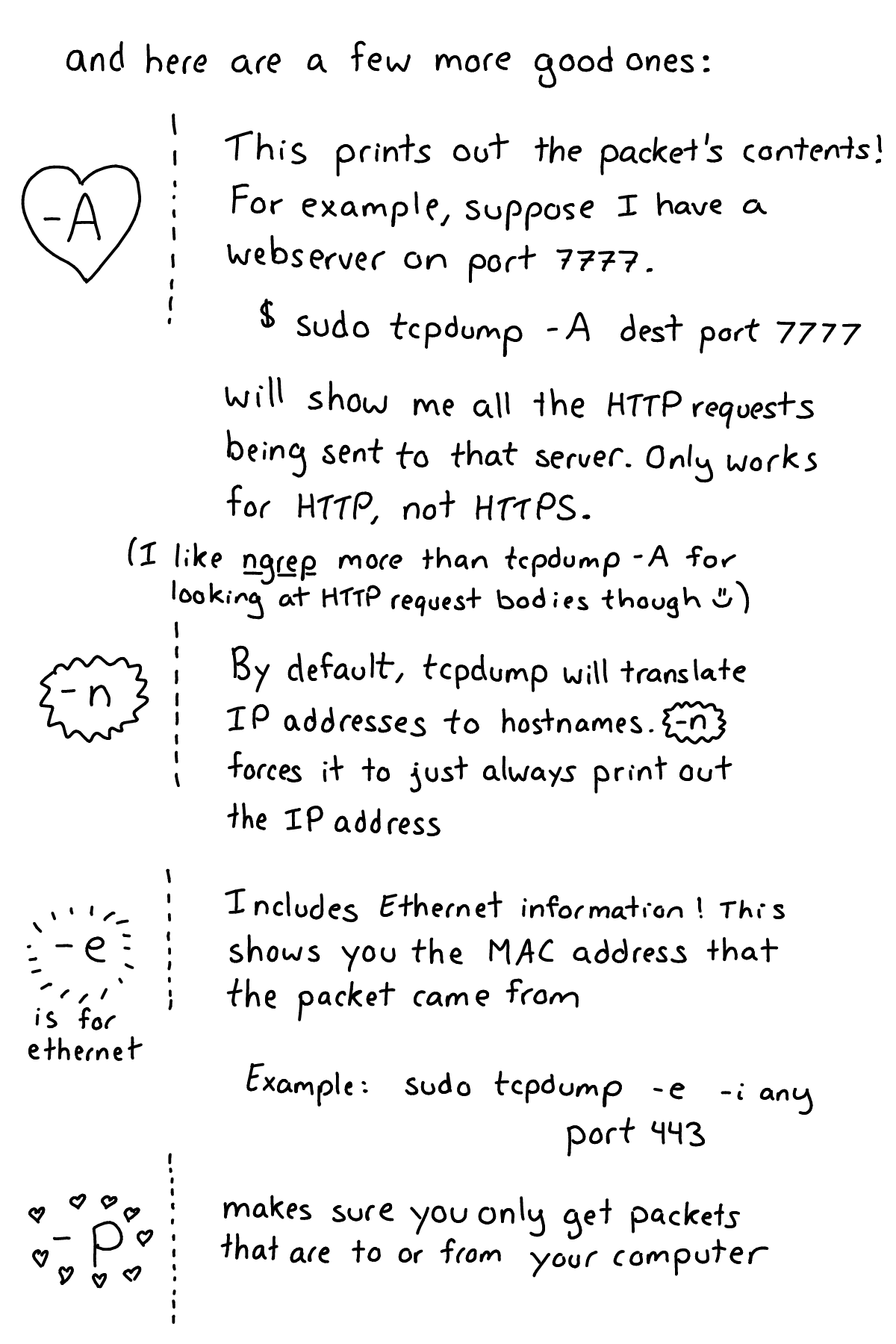 I’m still figuring out what the best way is to sell stuff online is. Gumroad seems reasonable so far but let me know if there are problems with it!