I posted this drawing on Twitter a while back, and wanted to put it here too because I think it’s an important idea. “No feigning surprise” is probably the social rule from the Recurse Center Manual that’s had the biggest impact on me over the years. Here’s the quote from the manual:

A key trick here is to not act surprised even if you’re actually surprised. (because whether you’re performing surprise or just genuinely a bit surprised, it has the same negative effect!) I’ve gotten better at not acting surprised over the years when somebody doesn’t know something that I expected them to know, and I’m happy to have practiced it.

And I can sometimes transmute surprise into excitement, like “what’s the stack?” “oh it’s really interesting let me tell you about it!!”

Like a while back my cousin was like “the internet travels in cables under the ocean? are you serious?” and I got to tell her YES COOL RIGHT and talk about how internet packets go across the ocean! (like this video of a shark attacking an undersea cable).

Also I’m less likely to be embarrassed these days when someone is suprised that I don’t know something. I asked someone recently what a PCI bus was and they asked “are you serious??” and I said “yes!!” And I maybe secretly thought that person was being a bit rude but they totally explained what a PCI bus was to me so I wasn’t that mad =) 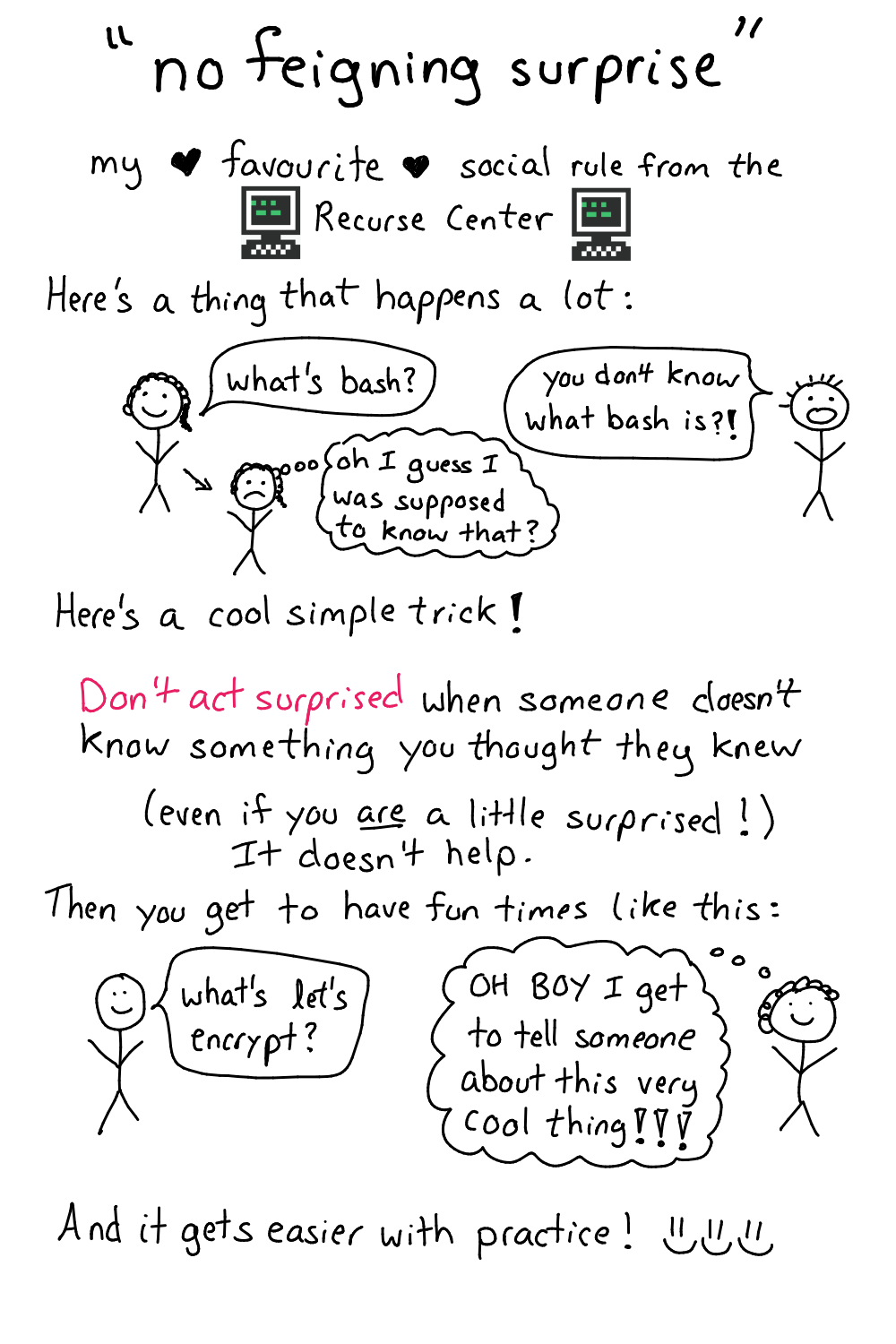