The other day someone emailed me asking advice to learn how to program. He said he was planning to use “Learn Python the Hard Way”, which I understand is an excellent tutorial. I don’t generally like giving advice, because I think it’s way too easy to generalize your own experience into advice and do it wrong.

But then I found I had something to say! I thought a little bit about this blog, and how it might look like I sprang from the womb being excited about strace or thinking about how to build an operating system, or whatever. But in fact I spent about 10 years learning to program before going to Hacker School, mostly at fairly low speeds.

I drew a totally unscientific graph about what that felt like: 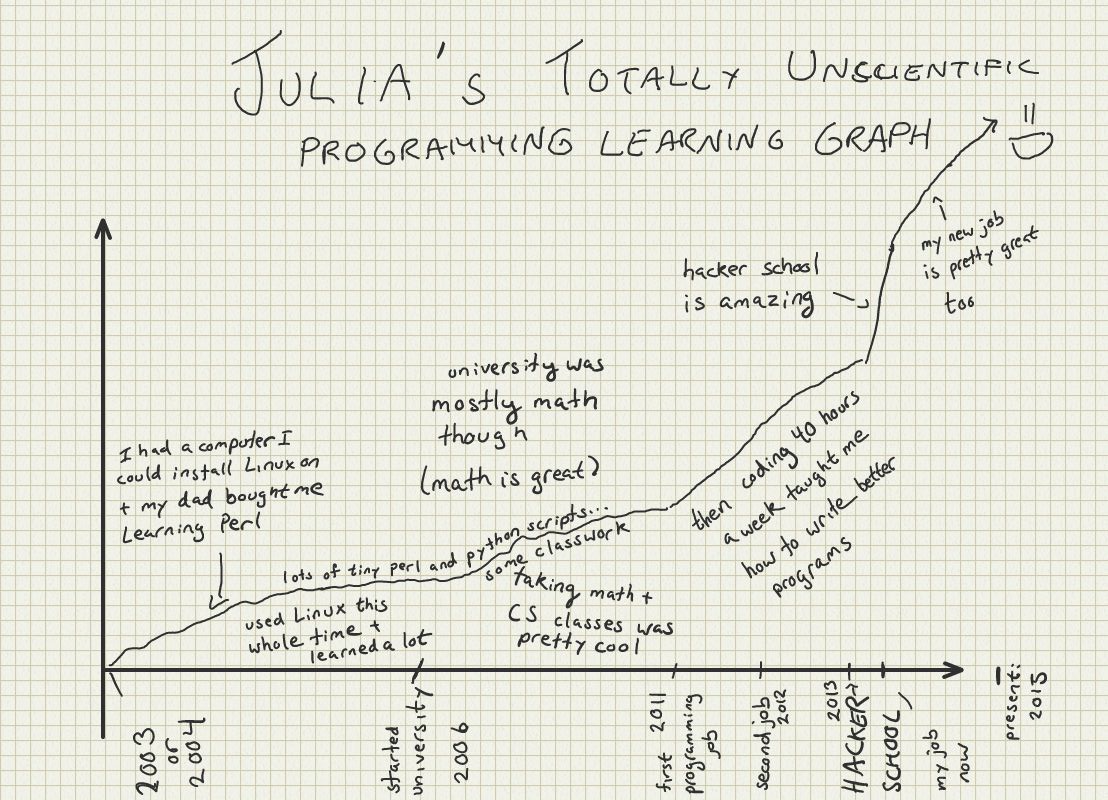 You should not try to conclude very much from this graph, but some events include:

So, I went back the other day to some of the older code I’d written, thinking it would be terrible. Here, I put it on Github: julias-first-programs.

Notably missing is the perl script that I wrote in 2005 to convert the digits of pi to midi music to write to a cd to give as a gift (?!). I couldn’t find it.

Most of what I found was little scripts like grepstuff.pl. And, sure, it’s not well-indented or anything. But the scope for most of these was so small (I was the only person writing or running most of them!) that it didn’t really matter if they weren’t well-engineered.

Anyway, this is mostly to say – if you’re programming and just starting out, and worrying that people say you can learn to program in 24 hours or 12 weeks… whatever. It’s taken me 11 years so far, and I’m not done :)

If you know how to program, and wrote your own version of this blog post, I would be interested to read it!