Hello! As you probably know, I write a lot of comics about programming, and I publish collections of them as zines you can buy at https://wizardzines.com.

If someone wants to see the page on socat, I’d really like them to just be able to find it at https://wizardzines.com/comics/socat

now they’re all online in one place!

the tl;dr is that (almost) all of my comics are now online in one place at https://wizardzines.com/comics. Hooray!

There are 273 comics right now which is a lot, so I’ve added a very simple search using list.js. Here’s what it looks like. 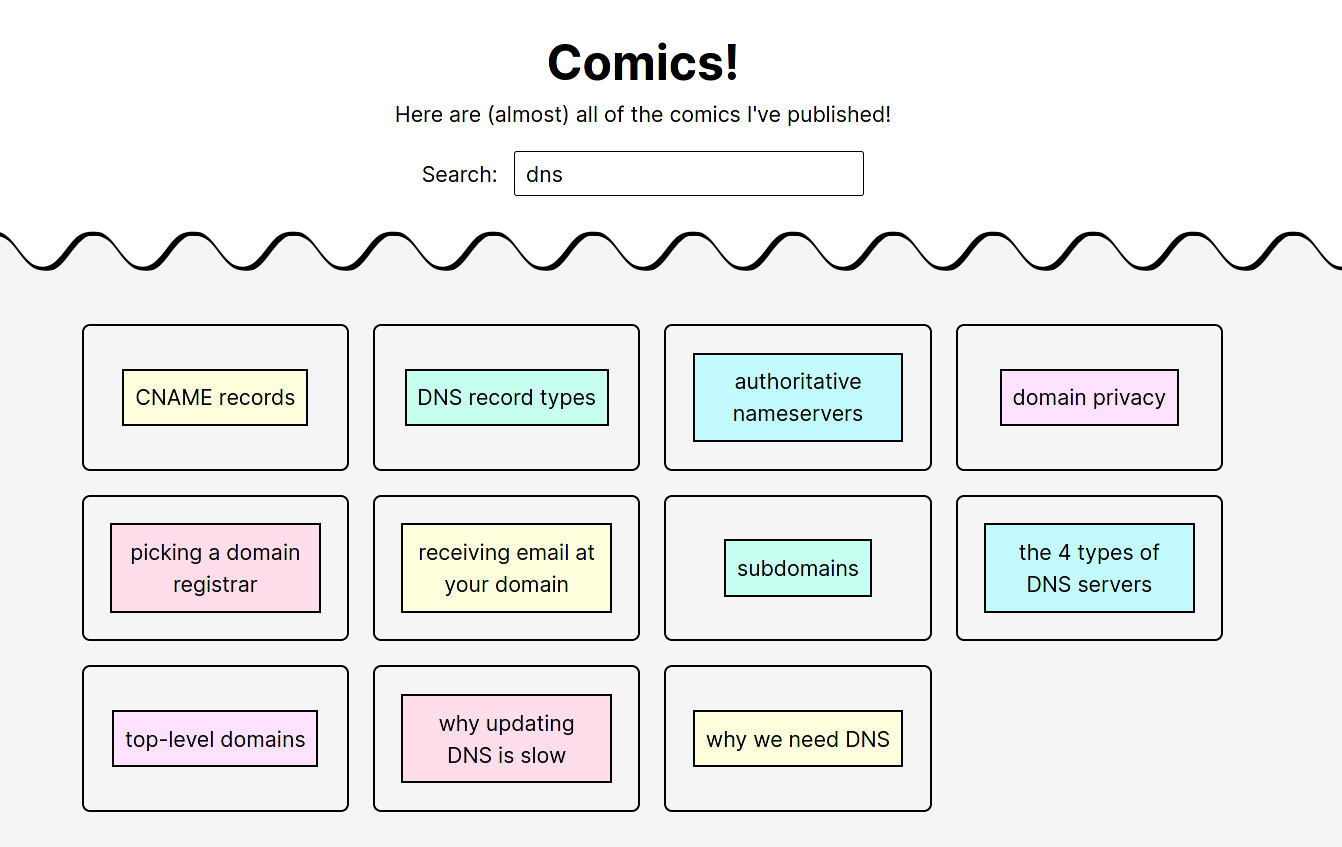 It searches based on the title and also a few keywords I manually added, which is why “authoritative nameservers” matches the search “dns”.

I wrote a small custom search function that only matches starting at the beginning of the word, so that the search “tar” doesn’t give you “start”. It feels pretty good to use.

If you want to read the pages from the Bite Size Linux sequel I mentioned that I started writing 2 years ago and never finished, you can search for “linux2”.

Some parts of the zines aren’t there just because it wouldn’t make sense – for example most of the zines have an introduction and a conclusion page, and those pages don’t really work as a standalone comic.

Also a lot of the pages from my free zines aren’t there yet because a lot of them don’t work as well as standalone pages. I might add them in the future though, we’ll see.

Other things that are missing that I think I will add:

why I didn’t do this earlier

This isn’t actually that hard of a change to make technically – I just needed to write some Python scripts and write a little search function.

But I felt a bit worried about making all the comics more easily available online because – what if I put them online and then nobody wants to buy the zines anymore?

I decided this week not to worry about that and just do it because I’m really excited about being able to easily link any comic that I want.

The zine business is going really well in general so I think it’s a lot nicer to operate with a spirit of abundance instead of a spirit of scarcity.