I released a new zine last week! It’s called “Bite Size Command Line”, and it’s explains the basics of a bunch of Unix command line tools! I learned some useful new things by writing it, and I hope you do too. You can get it for $10 at https://gum.co/bite-size-command-line. It’s the sequel to Bite Size Linux which I released in April.

If you want to get an idea of what’s in it, I’ve been posting the work-in-progress comics along the way on Twitter. You can see some of them on Twitter here. 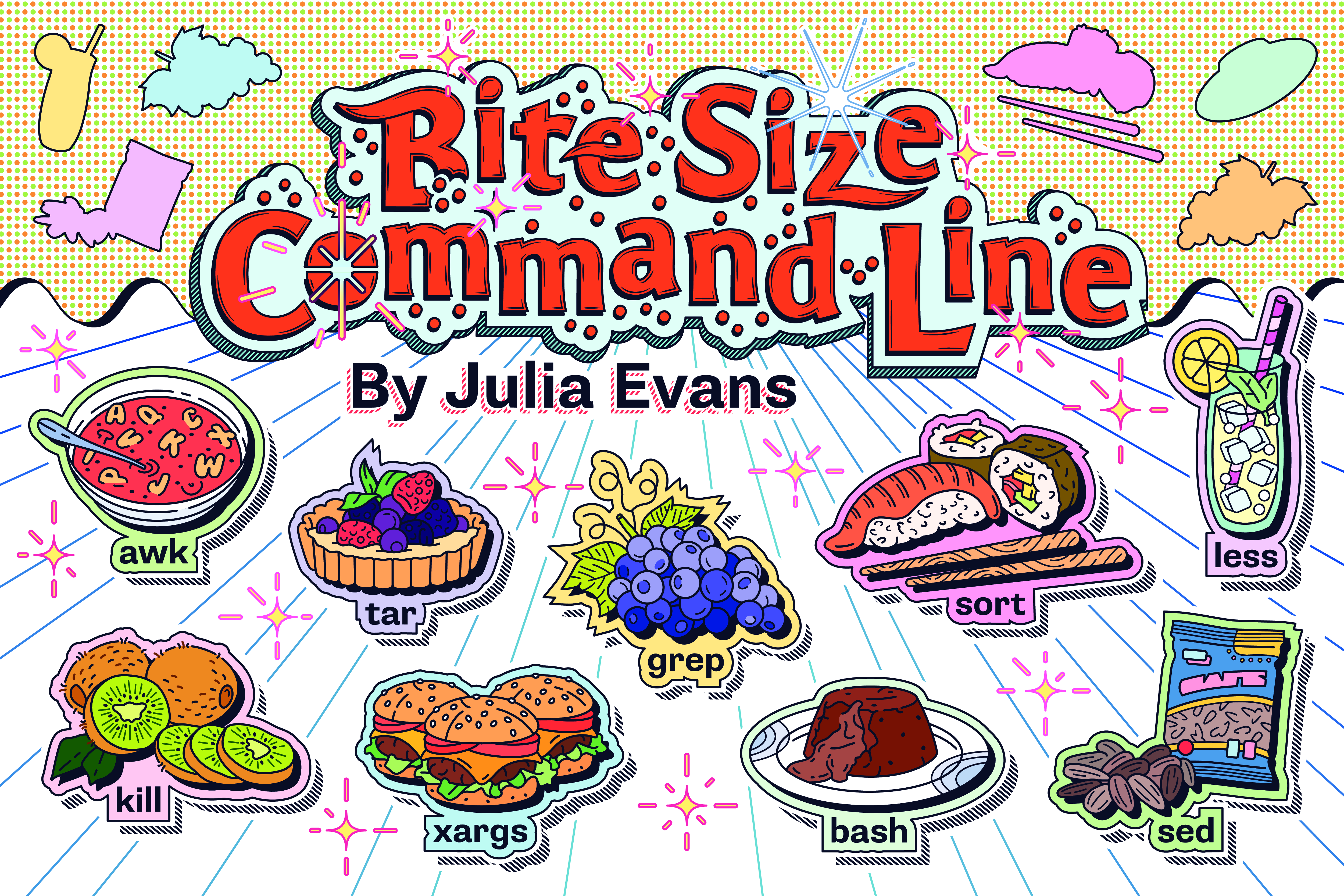 Here’s the table of contents: 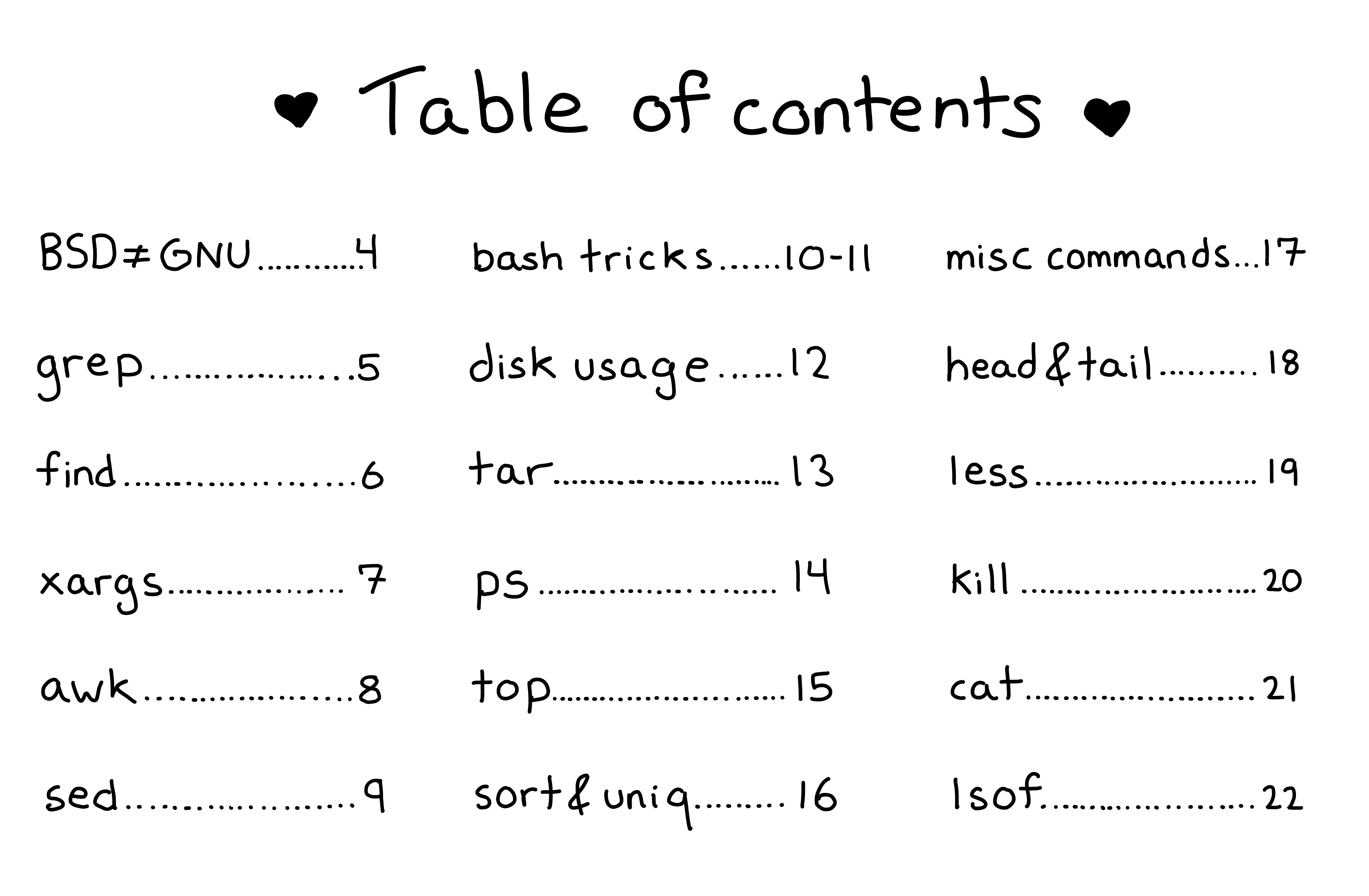 why I’m excited about this zine

Originally when I started working on this, I kind of didn’t think it was that exciting – I thought “whatever, I know command line tools, I’ve been using Linux for 15 years”.

It turns out that I learned quite a few fun new tricks! I learned about:

teaching the unix command line with less trial and error

But I’m particularly excited about the possibility that this can help beginners learn Linux! Most command line tools have a TON of command line arguments, and it’s often hard to tell by reading the man page which ones are crucial to know and which ones hardly anyone uses. I think a lot of this knowledge often gets passed down verbally, which makes it harder to learn if you don’t know many command line users. (if this is you, https://tldr.sh/ is also a cool resource!)

So the goal of this zine is basically to be your helpful, more experienced friend who’s been using these tools for a while and can tell you which bits are the most important.