I asked yesterday on Twitter if it was too weird to write a book that’s totally handwritten. A few people gave me really great examples of prior art, and I wanted to record them here so I don’t forget.

One thing a lot of these have in common is – they use visual elements that aren’t just writing (comics, people, circuit diagrams, mathematical diagrams, illustrations of mountains, trees, weird colours).

One of my favorite things about writing by hand is exactly this – if you want to include a diagram, you can just do it instantly!! You don’t need to fight with your typesetting system for days.

Here are the examples I found. There’s a pretty wide range and I think they’re all really wonderful. Some of them are about math/computing/electronics, some aren’t.

Scott McCloud’s Understanding Comics is a wonderful book about comics, it’s written as a comic book. I’d really recommend reading it if you’re interested in comics at all.

This page (on closure) was one of my favorite parts. (image source) 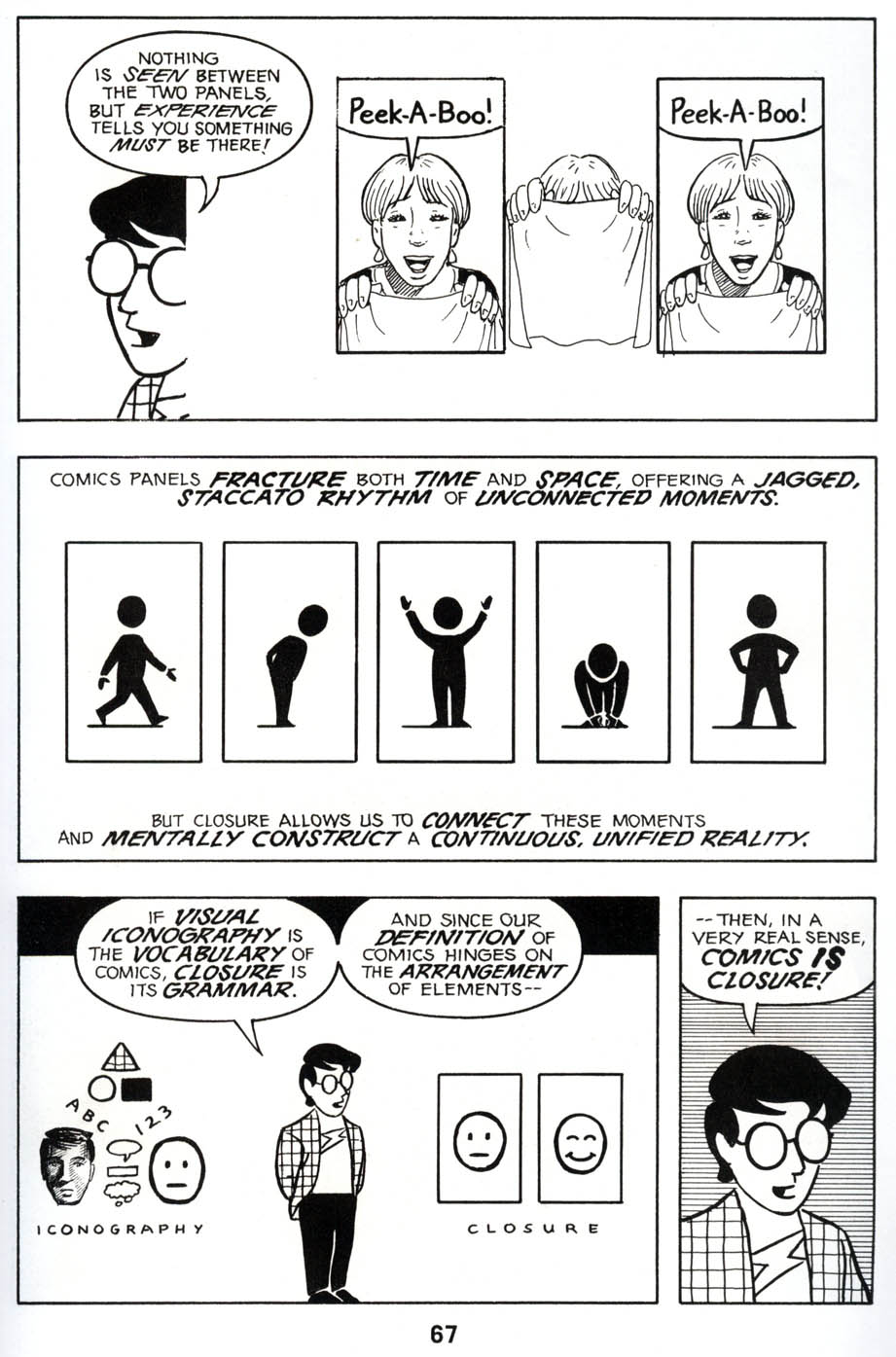 Getting Started in Electronics 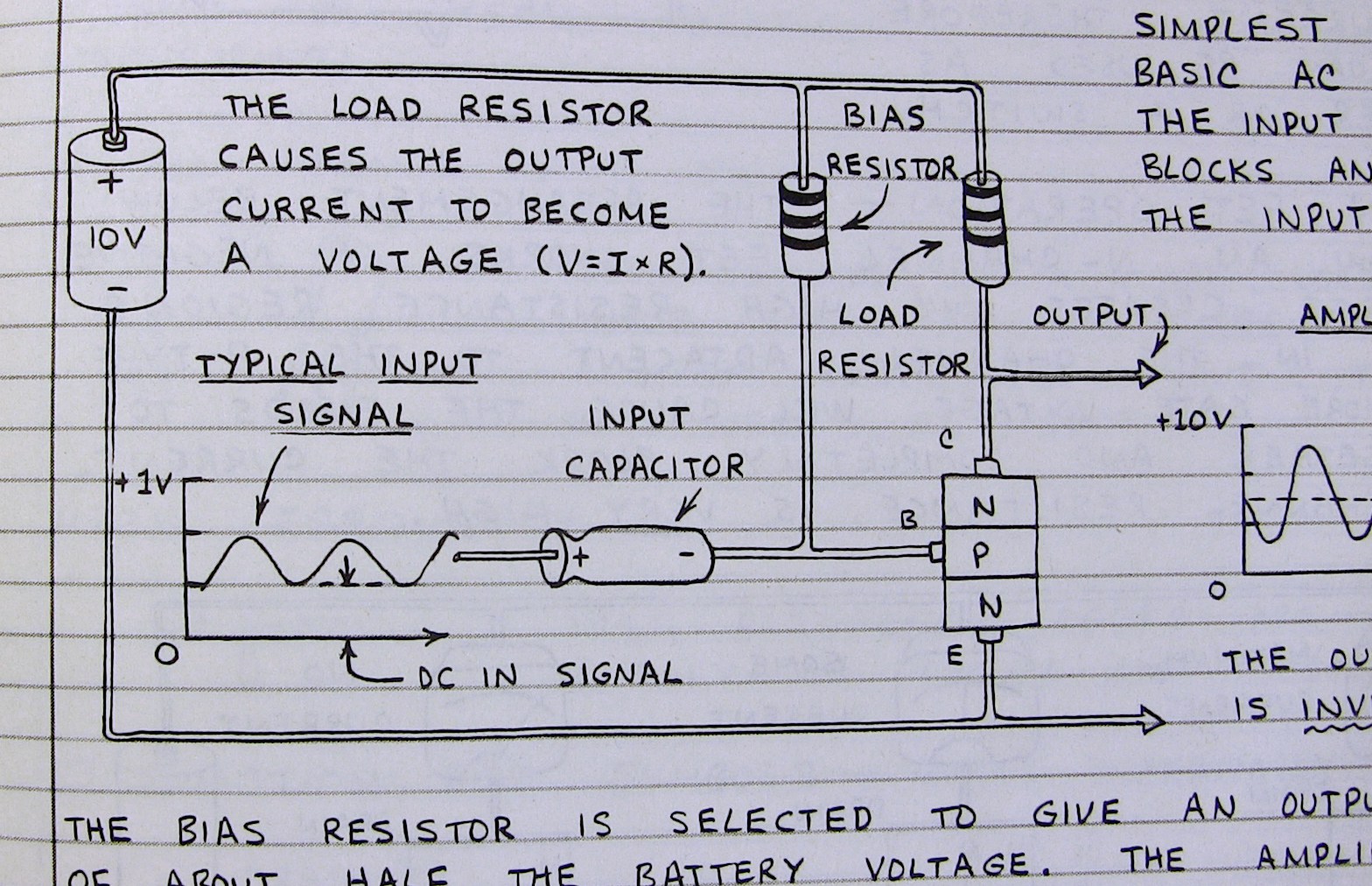 Jennifer Davoren’s A Lazy Logician’s Guide to Linear Logic (pdf) which looks delightful. Thanks to Chris Martens for this one. 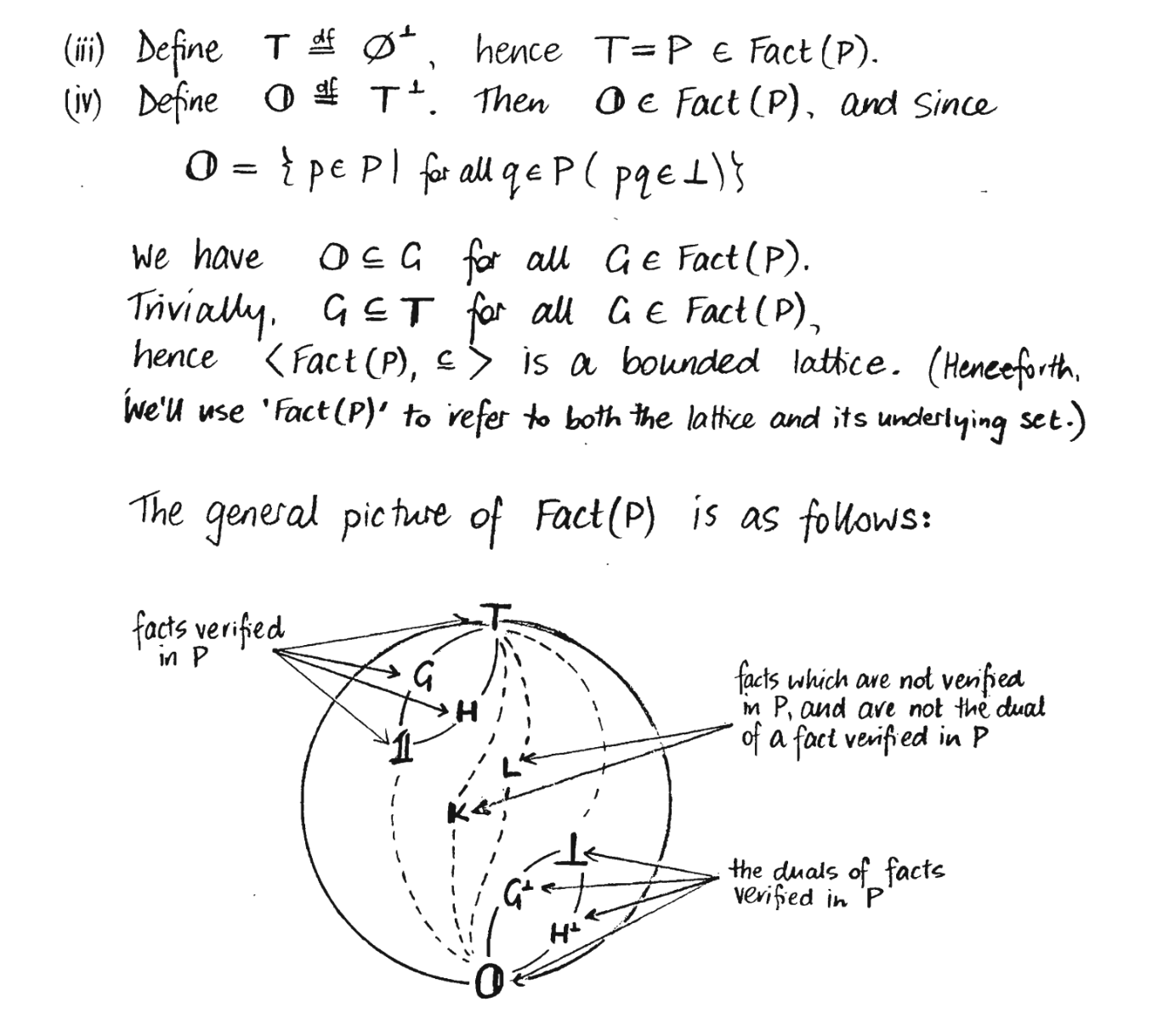 Mollie Katzen’s The Moosewood Cookbook is handwritten! The recipes all look really lovely. 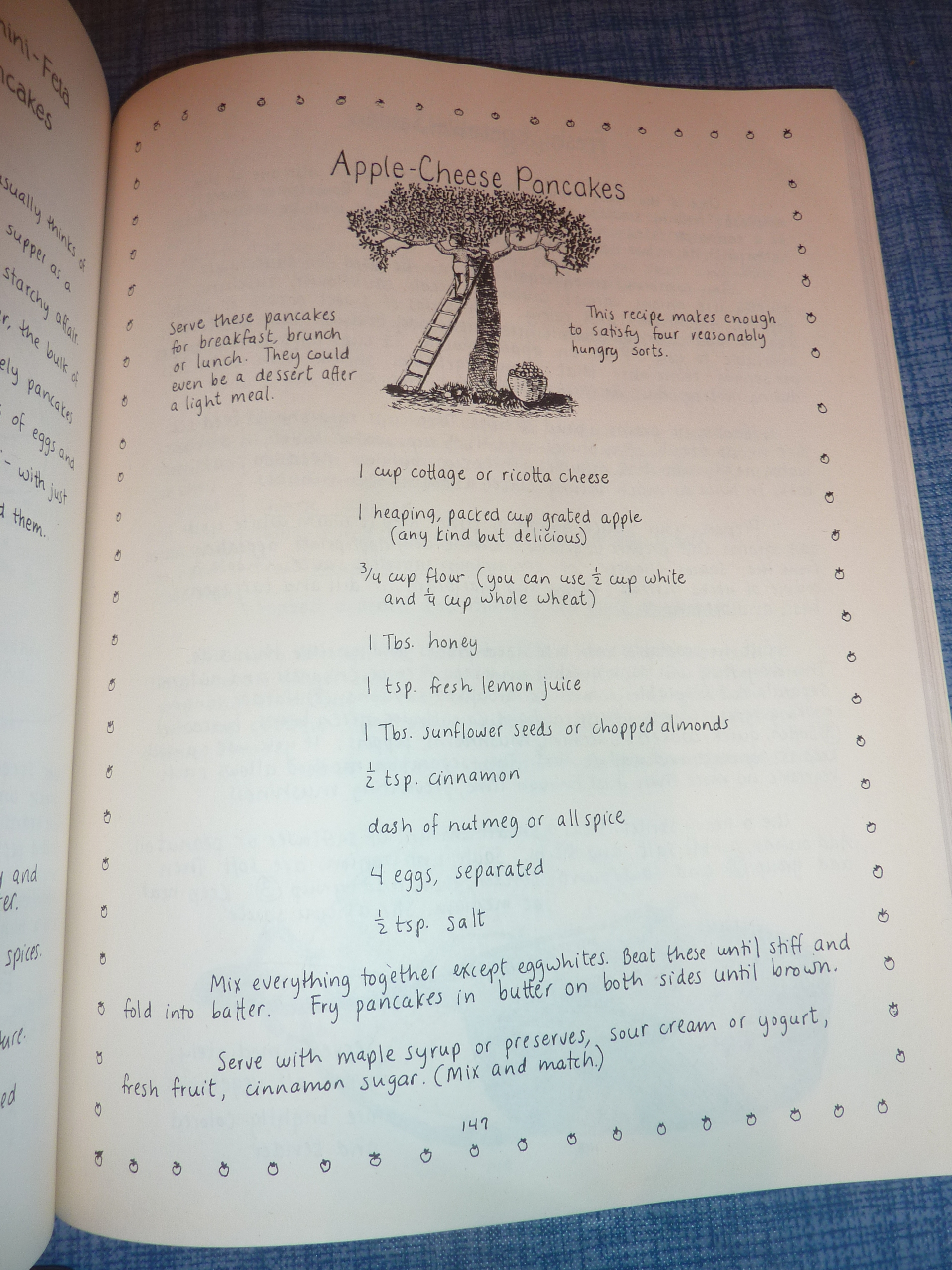 I haven’t read it but if you google moosewood cookbook handwriting you can see some more of the insides.

I learned today from Lindsey Kuper about Dijkstra’s “EWD” manuscripts (you can find all of them at http://www.cs.utexas.edu/~EWD/). There are over a thousand of them.

Here’s a description of the body of work:

Like most of us, Dijkstra always believed it a scientist’s duty to maintain a lively correspondence with his scientific colleagues. To a greater extent than most of us, he put that conviction into practice. For over four decades, he mailed copies of his consecutively numbered technical notes, trip reports, insightful observations, and pungent commentaries, known collectively as “EWD”s, to several dozen recipients in academia and industry. Thanks to the ubiquity of the photocopier and the wide interest in Dijkstra’s writings, the informal circulation of many of the EWDs eventually reached into the thousands.

In this one, he talks about his thoughts on the EWD series after 28 years, I think it’s really worth a read. 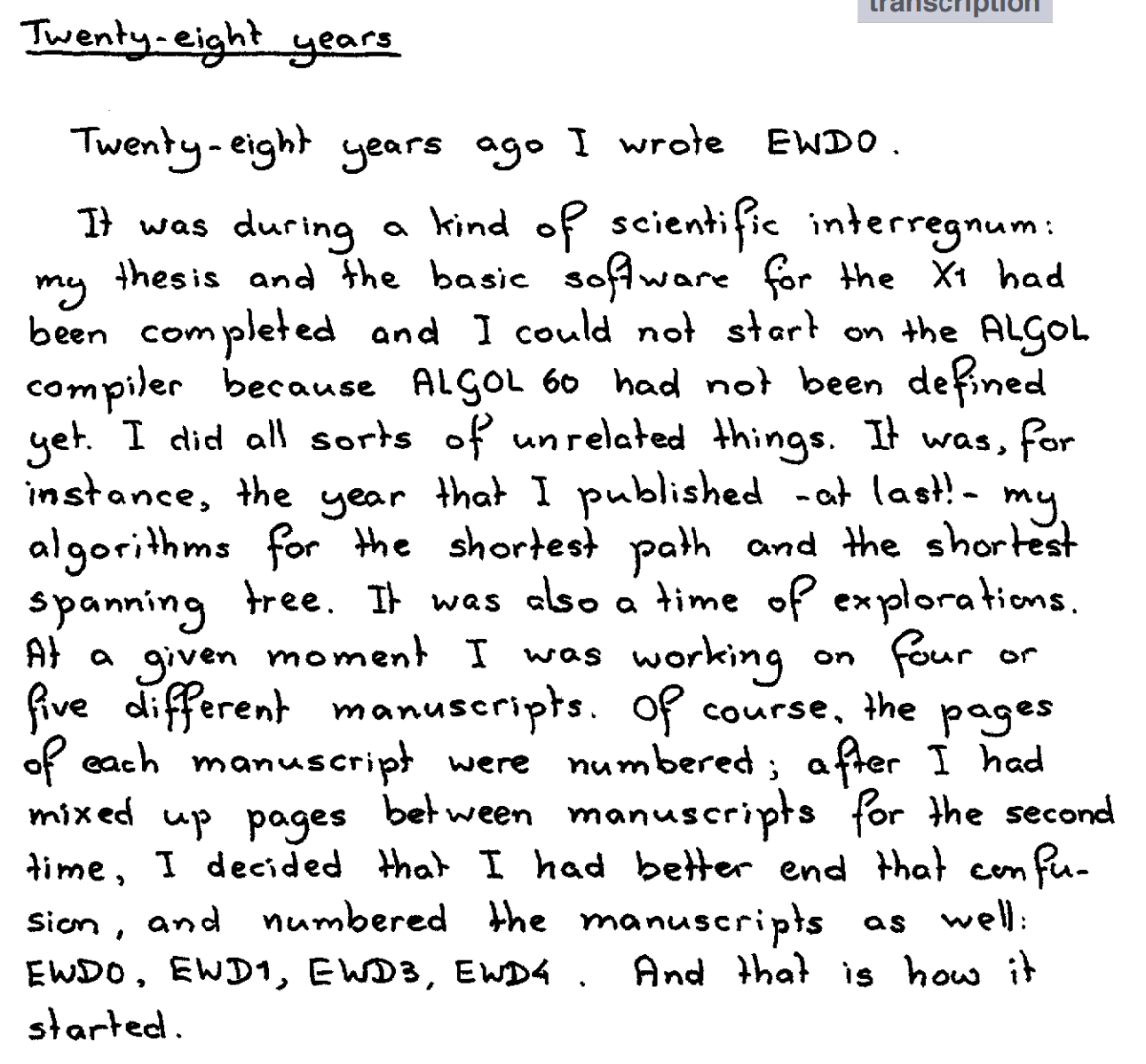 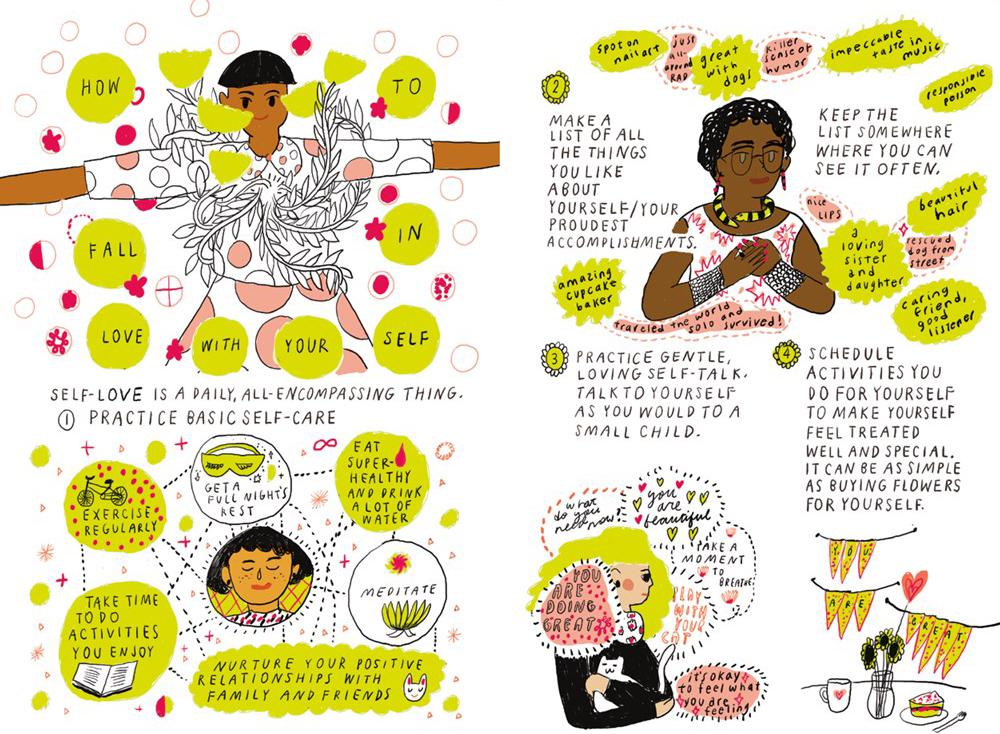 Pictorial Guide to the Lakeland Fells

From the Wikipedia article:

A Pictorial Guide to the Lakeland Fells is a series of seven books by A. Wainwright, detailing the fells (the local word for hills and mountains) of the Lake District in northwest England. Written over a period of 13 years from 1952, they consist entirely of reproductions of Wainwright’s manuscript, hand-produced in pen and ink with no typeset material.

The series has been in print almost continuously since it was first published between 1955 and 1966, with more than 2 million copies sold. It is still regarded by many walkers as the definitive guide to the Lakeland mountains. The 214 fells described in the seven volumes have become known as the Wainwrights. As of 2013 the LDWA register of those who have climbed all the fells listed 674 names. The Wainwright Society maintains a “register of current Society members who have climbed all 214 fells” 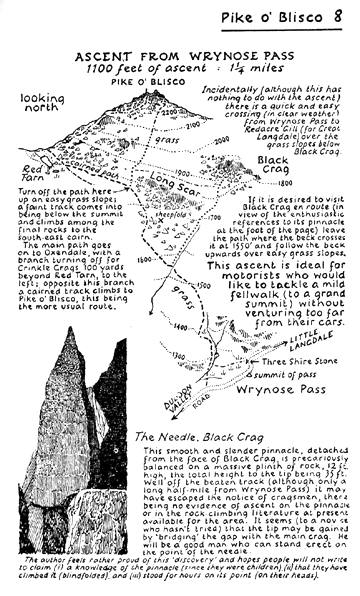 Donald G. Alcock’s Illustrating BBC Basic from the 80s is a book about BASIC! 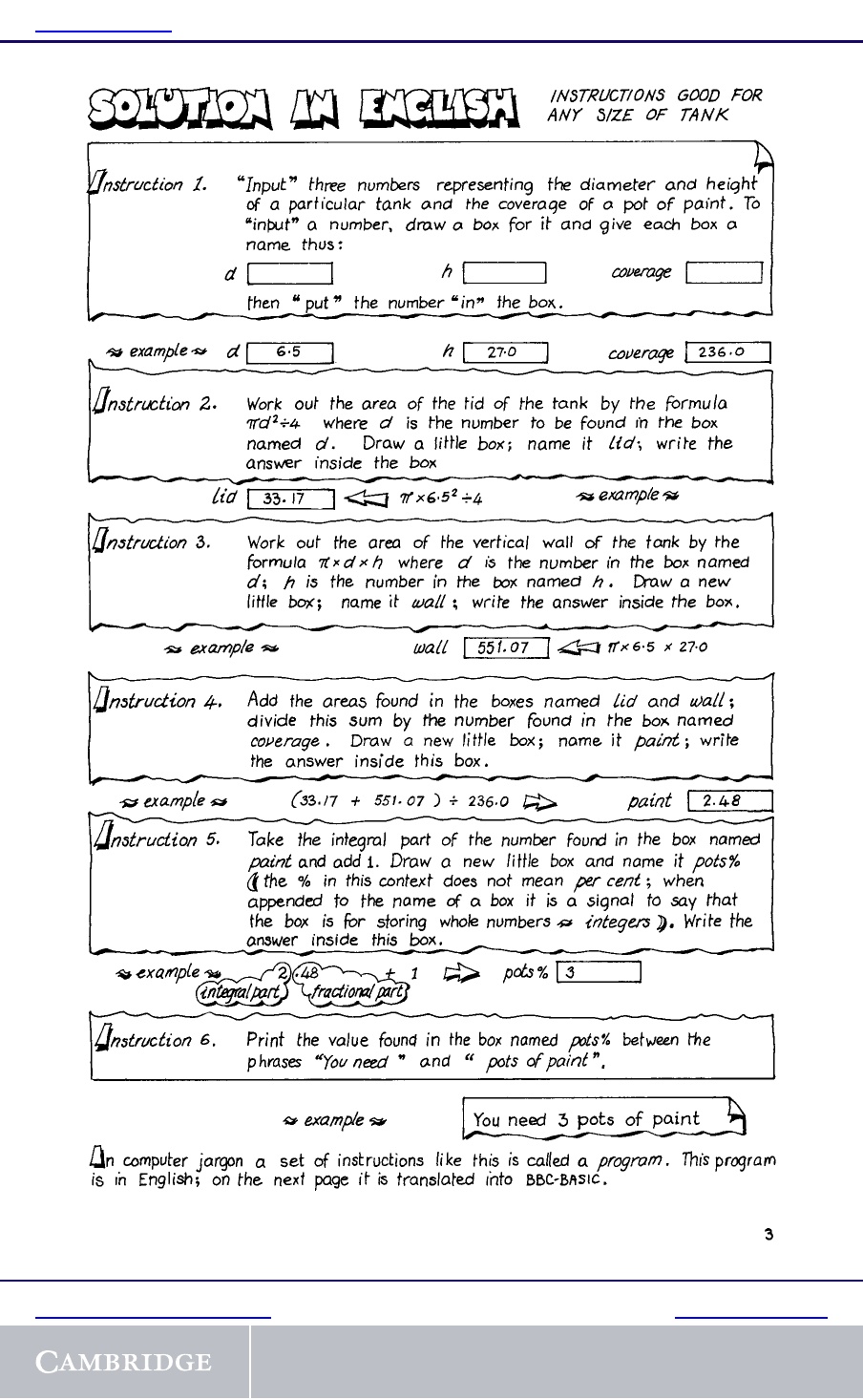 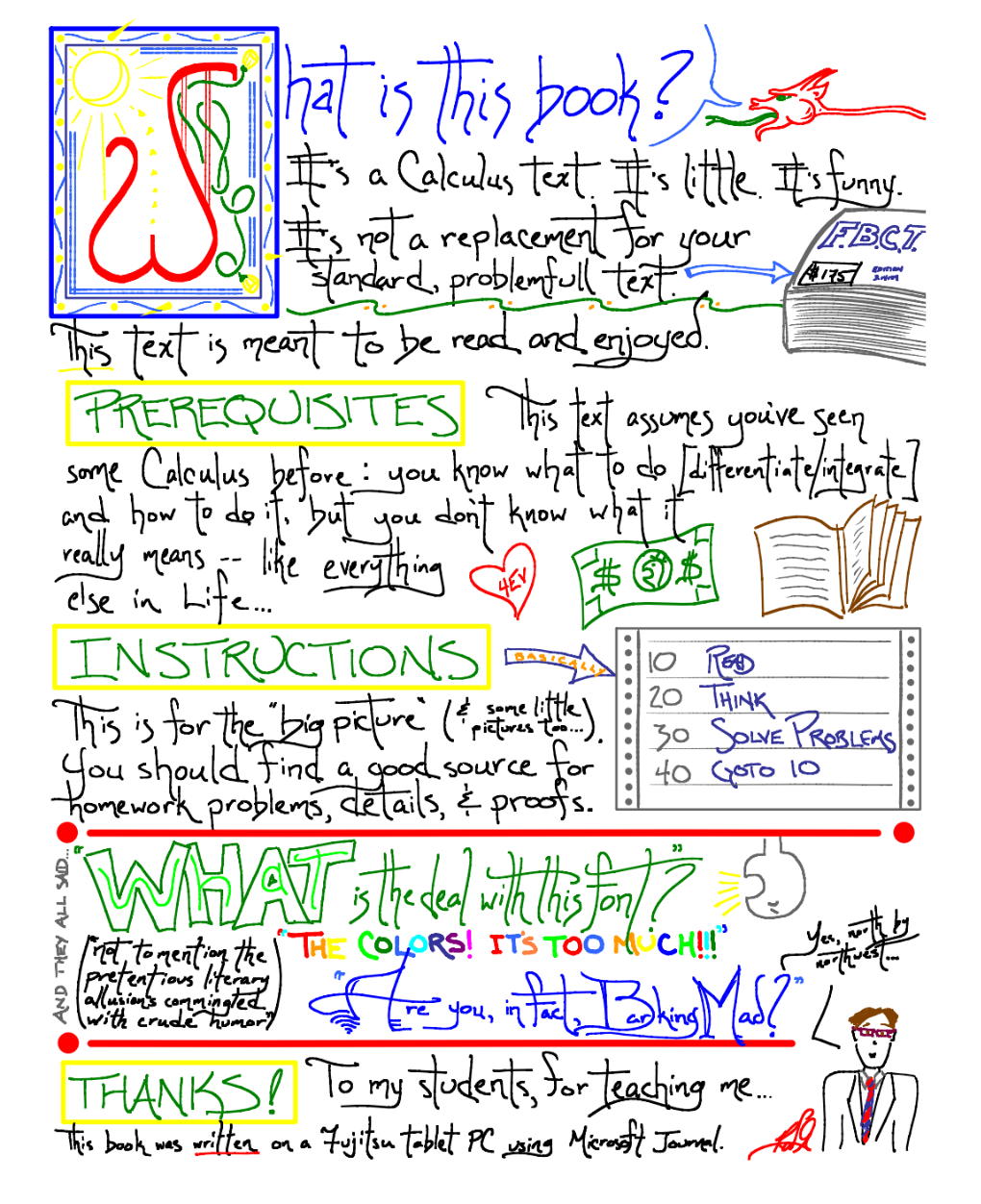 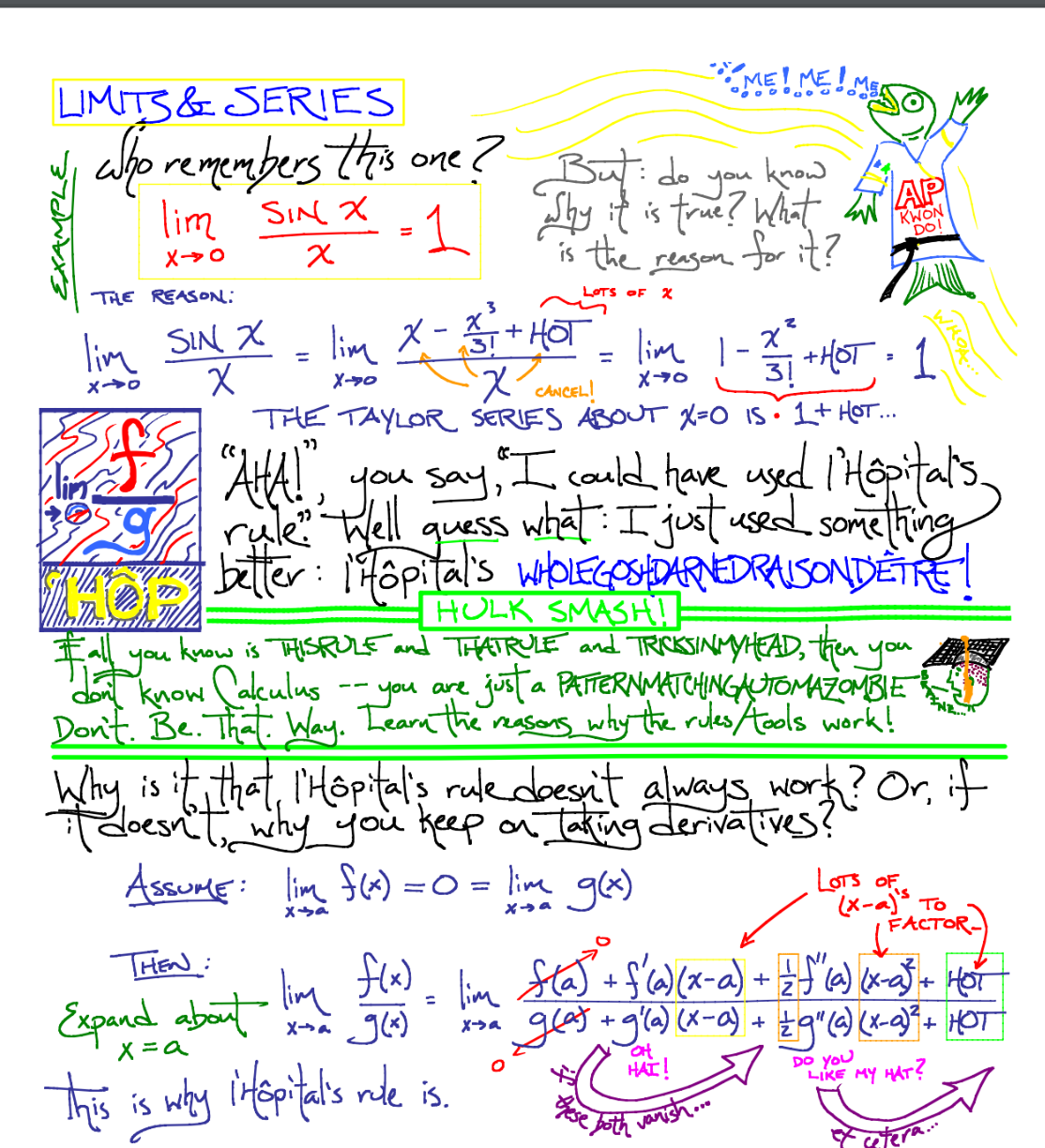 with some good quotes:

“The right way to read a FORTRAN book,” the author of this one tells us now that we’ve read his almost to its last page, “is by a series of skimming passes. Each time through you pick up a bit more of the nitty-gritty detail. When you pick up an IBM manual, for instance, first flip through it looking for the jokes. There aren’t any, so go back and flip through again, getting familiar with the overall idea. Then flip through from back to front, side to side, and top to bottom. If there’s a centerfold, you’re in the wrong publication! Each time through, you’ll be looking for specific details connected with whatever you are doing at the time on the computer. “

Dr. Kaufman wrote the book. I mean, he wrote it, the actual words you see, with a pen. He also drew the pictures, diagrams, flow charts, and things.