The other day I was having a discussion with someone about whether or not “guys” was a gender-neutral term. This person said “my friends totally think it is!“, and I verified with my friends, who totally said it wasn’t. Not the best grounds for a discussion.

So I ran a slightly-more-scientific survey. Here are the survey questions, which you can still answer if you like. This resulted in a bunch of discussion on Twitter, which was at least as interesting as the survey results. Lots of people wanted to know the results, so here they are! About 2300 people replied.

You can download the entire result set from the GitHub repository.

Here’s a summary of the survey results. I’ve split it up by gender: I asked each person “Do you identify as a woman?”, so I’ve split the categories into “Women”, and “Men + Other”.

The main thing I find interesting here is how women and men perceive these words differently: about 50% of men (+ other) think that “Java guys” is gender neutral, while only 25% of women do. There’s a similar split for “Python guy” and “Erlang guy”.

The image probably appears too small here: click for the bigger image. 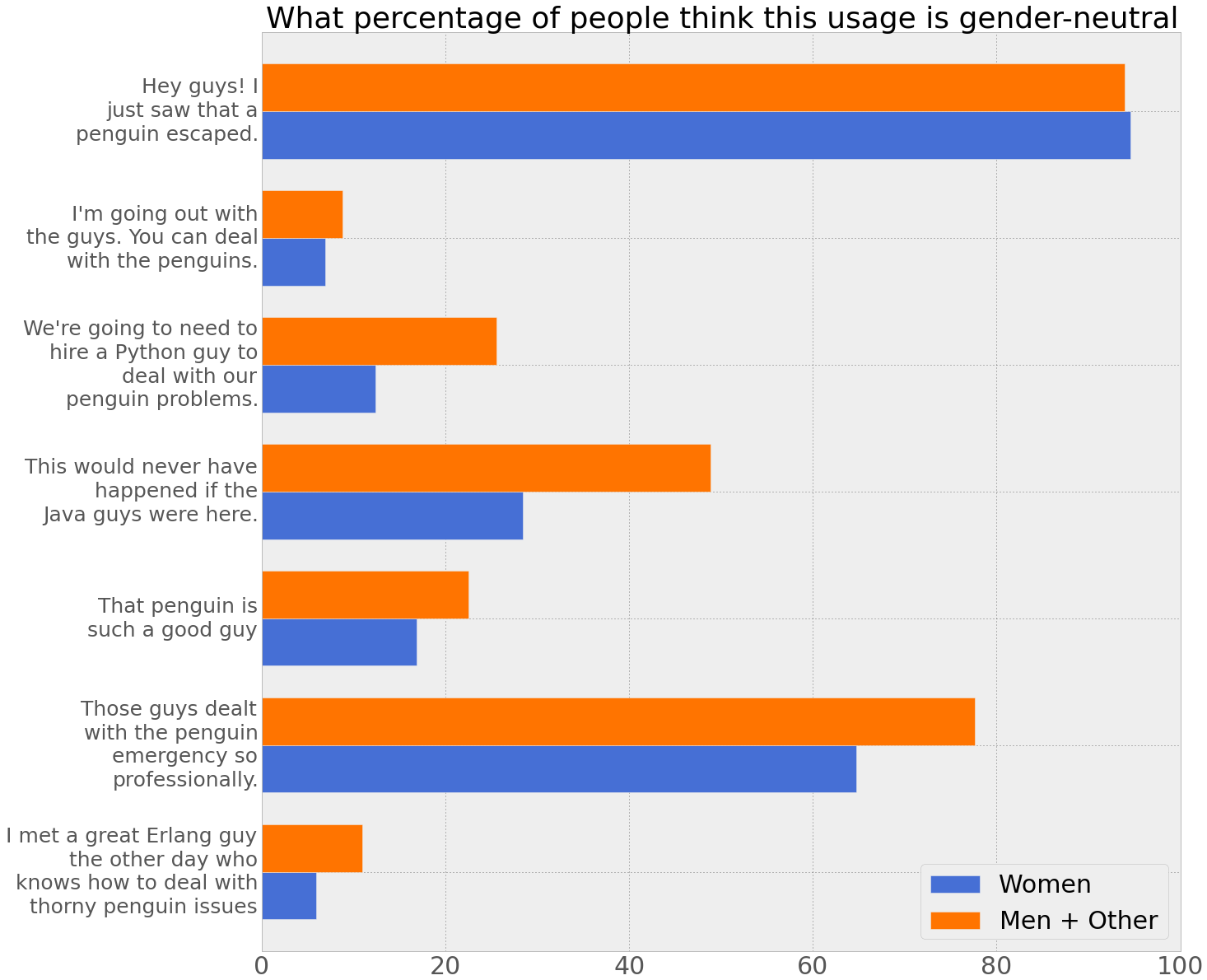 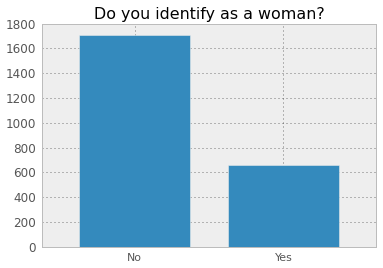 Issues with the survey

This really isn’t meant to be a scientific study or anything – think of it as informally polling a few of your friends, except if you had a lot of friends. But here are some of the science issues:

I think presenting this as a survey was a great way to get people to engage in a discussion in a mostly non-heated way and think about the way they use language.

Several people told me that they thought that “guys” was a totally gender-neutral term and were surprised by their results when they took the survey. Awesome! A++ would survey again.