Hello! Last week Katie Sylor-Miller and I released a new zine called “Oh shit, Git!”. It has a bunch of common git mistakes and how to fix them! I learned a surprising number of things by working on it (like what HEAD@{2} means, and that you can do my-branch-name@{2} to see what a branch was previously pointing to, and more ways to use git diff) 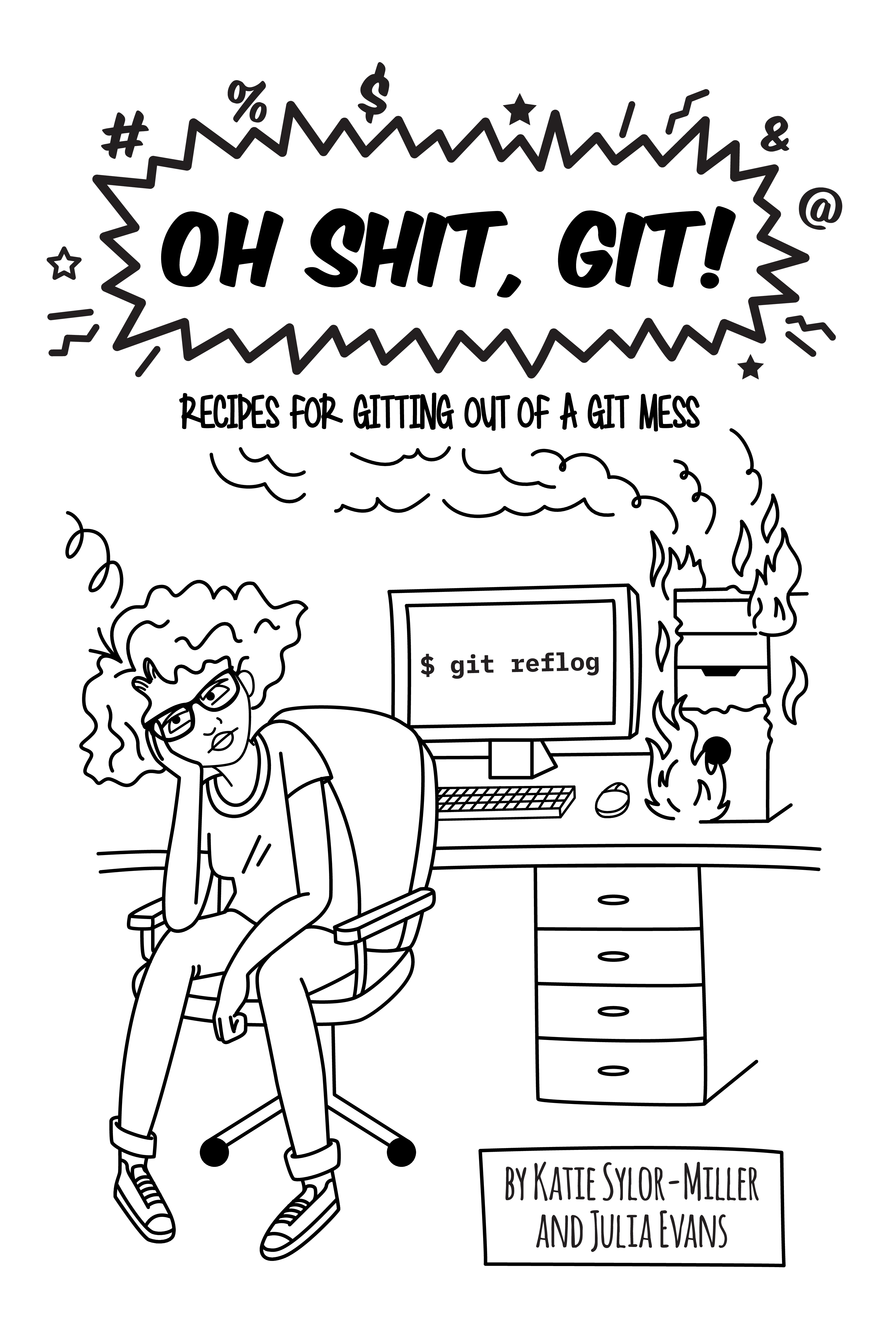 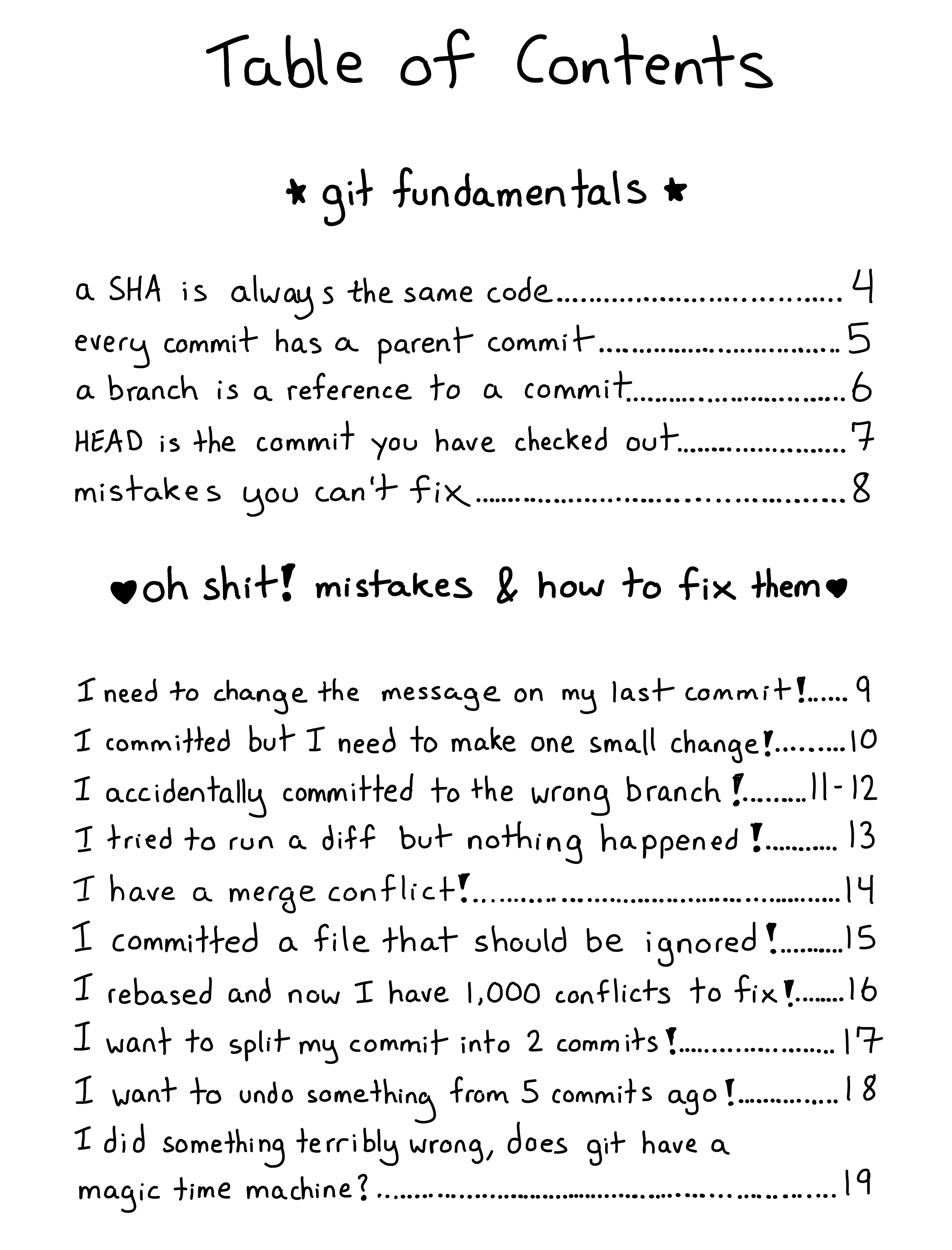 I’ve thought for a couple of years that it might be fun to write a git zine, but I had NO IDEA how to do it. I was in this weird place with git where, even though I know that git is really confusing, I felt like I’d forgotten what it was like to be confused/scared by Git. And I write most things from a place of “I was super confused by this thing just recently, let me explain it!!”.

But then!! I saw that Katie Sylor-Miller had made this delightful website called oh shit, git! explaining how to get out of common git mishaps. I thought this was really brilliant because a lot of the things on that site (“oh shit, i committed to the wrong branch!“) are things I remember being really scary when I was less comfortable with git!

So I thought, maybe this could be useful for folks to have as a paper reference! Maybe we could make a zine out of it! So I emailed her and she agreed to work with me. And now here it is! :D. Very excited to have done a first collaboration.

The zine isn’t the same as the website – we decided we wanted to add some fundamental information about how Git works (what’s a commit?), because to really work with Git effectively you need to understand at least a little bit about how commits and branches work! And some of the explanations are improved. Probably about 50% of the material in the zine is from the website and 50% is new.

a couple of example pages

Here are a couple of example pages, to give you an idea of what’s in the zine: 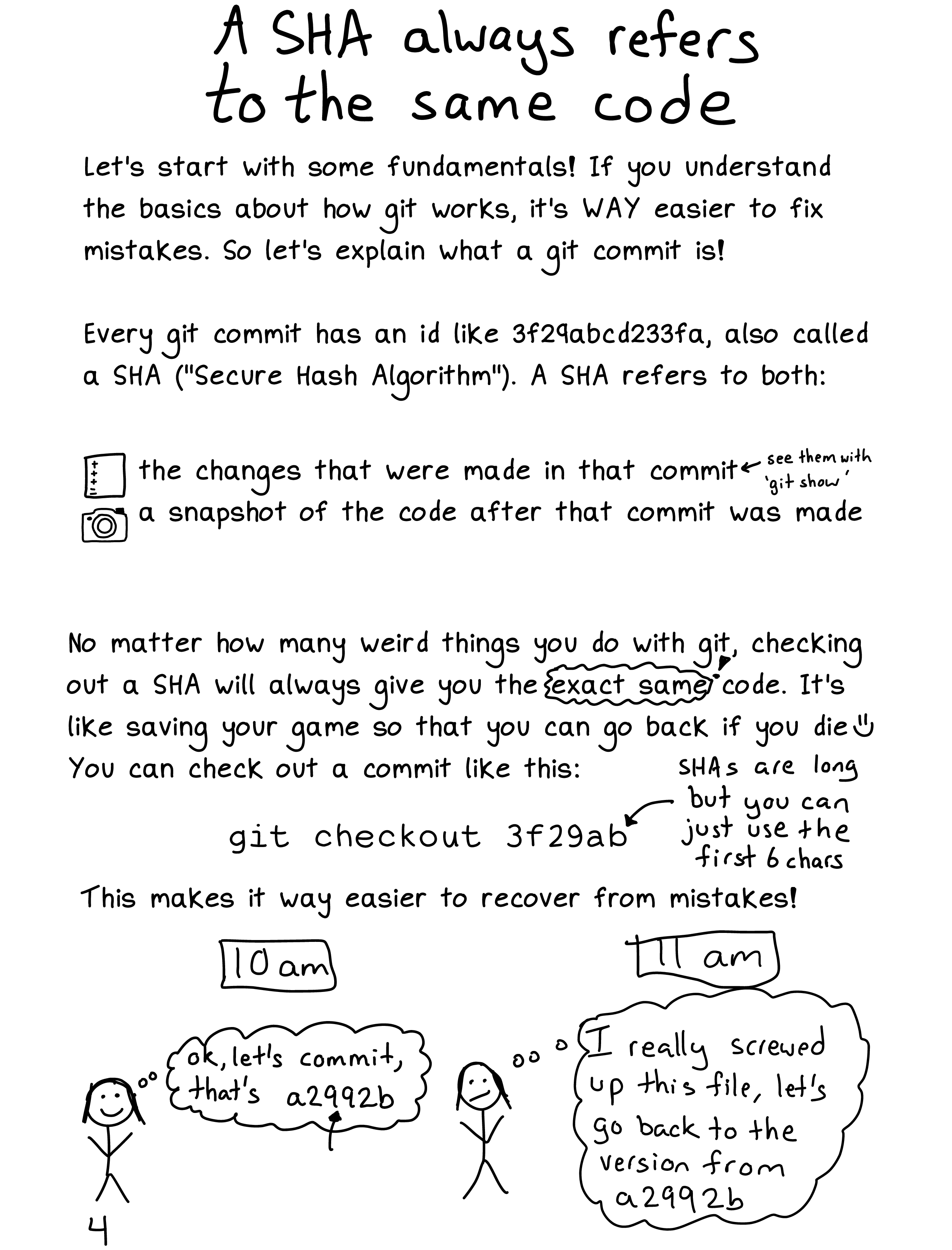 and a page on git reflog: 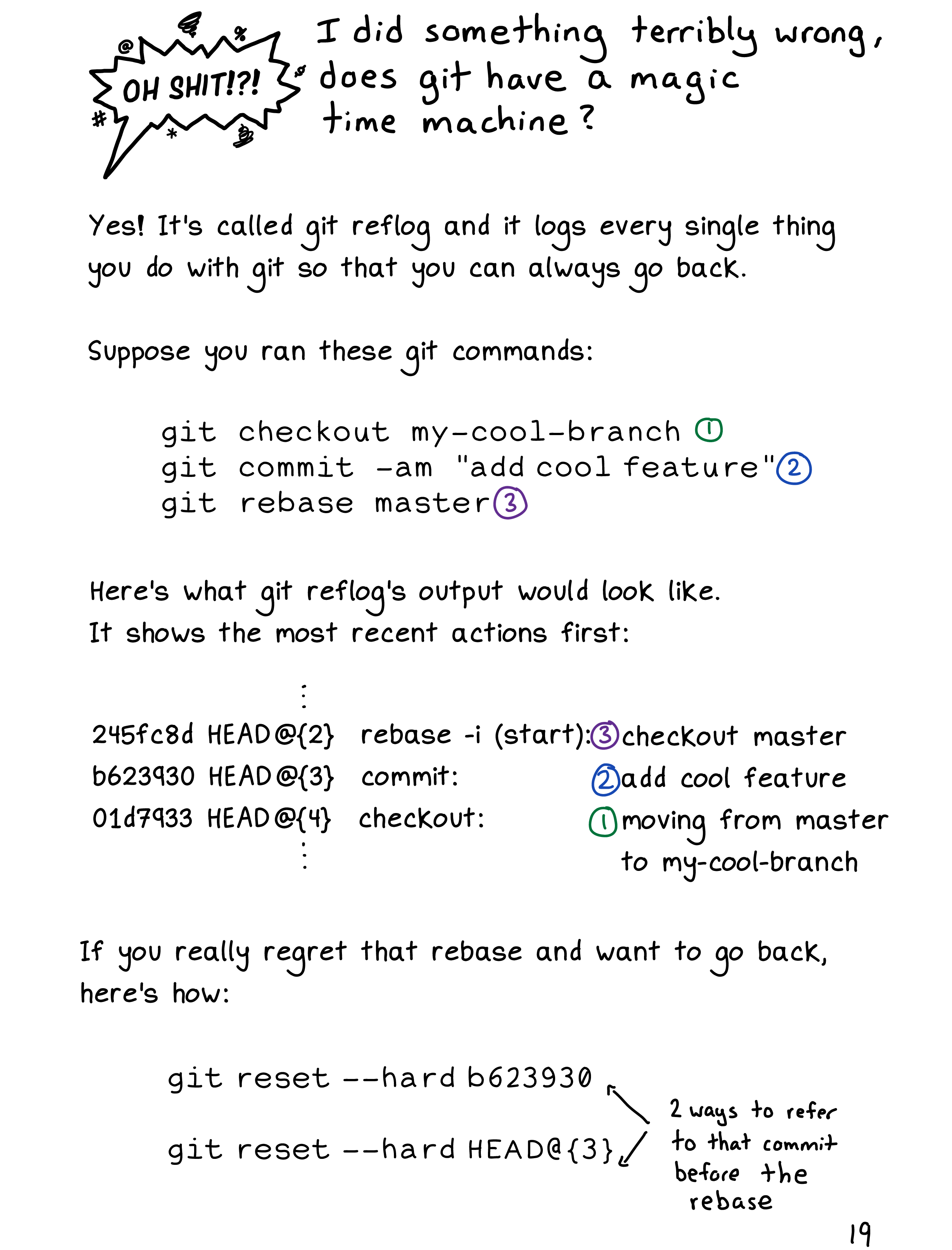 I’m not sure, but I don’t think I’ll write any more zines for a couple of months. So far there have been 5 (!!!) this year – perf, bite size linux, bite size command line, help! I have a manager!, and this one!. I’m really happy with that number and very grateful to everyone who’s supported them.

ideas I have for zines right now include:

There’s a definite tradeoff between writing zines and blogging, and writing blog posts is really fun. Maybe I’ll try going back in that direction for a little.