The most exciting update from last week is – I profiled Rubocop, and it worked!!!!! Rubocop is a popular linter/static analysis tool for Ruby. I mostly just picked it because it’s a standalone program and it makes a lot of function calls. It was really fun & motivating to see it working!

Here are two graphs I generated by profiling Rubocop! (I generated these basically by running ./path/to/profiler --file stacks.txt rubocop and then using brendan gregg’s flamegraph tool on the output stacks.txt)

First, here’s what Rubocop looks like when linting when it has a cache. (did you know Rubocop has a cache? I didn’t!). If you click to zoom in you’ll see that it spends 40% of its time doing file checksums which is not that surprising! 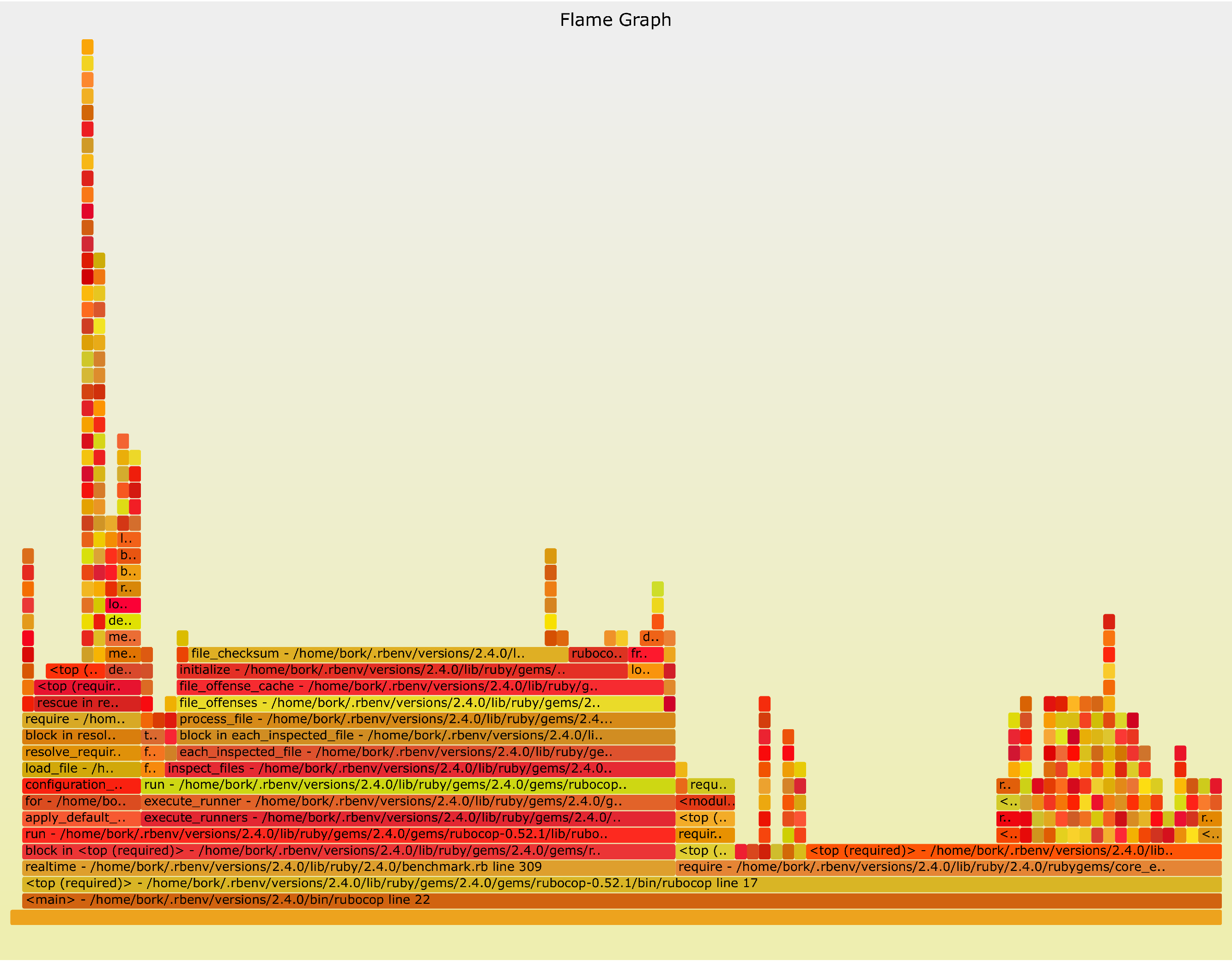 Here’s what Rubocop looks like when it doesn’t have a cache. Much more complicated! If you look at the function calls, you’ll actually see that the call stacks are kind of weird – they look like on_while -> on_module -> on_while -> on_begin -> on_begin -> on_def -> on_begin.... I think what’s going on here is that Rubocop is going through the AST of the program it’s linting and calling a new function for each part of the AST. So the call stack of Rubocop basically reflects the structure of the program it’s linting, which is kind of interesting. 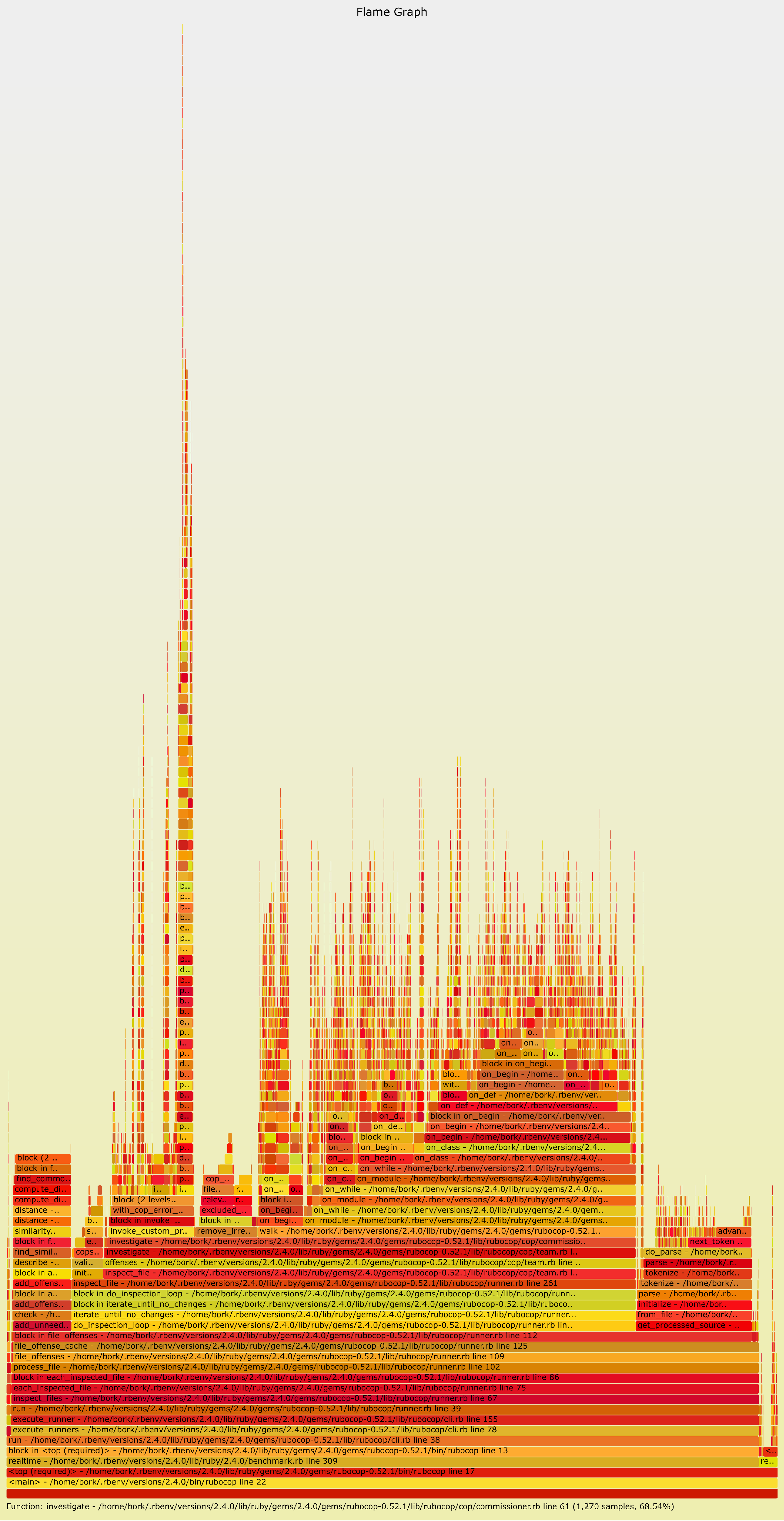 Since it’s working so well (there are lots of problems but it’s producing useful output!!), this week my goal is to release a first experimental release.

The week’s release should feature: