I’ve been toying with the idea of writing a programming book for a while. I even compiled a list of tweets by people saying “hey you should write a book” in case I wanted encouragement.

This post is not “I am writing a book”, but I had an idea and I kind of liked it so I thought I would write it down.

I have a few conflicting things:

Each pair of pages is devoted to an idea (“OMG ASSEMBLY”). On one side, there’s a comic, like this: 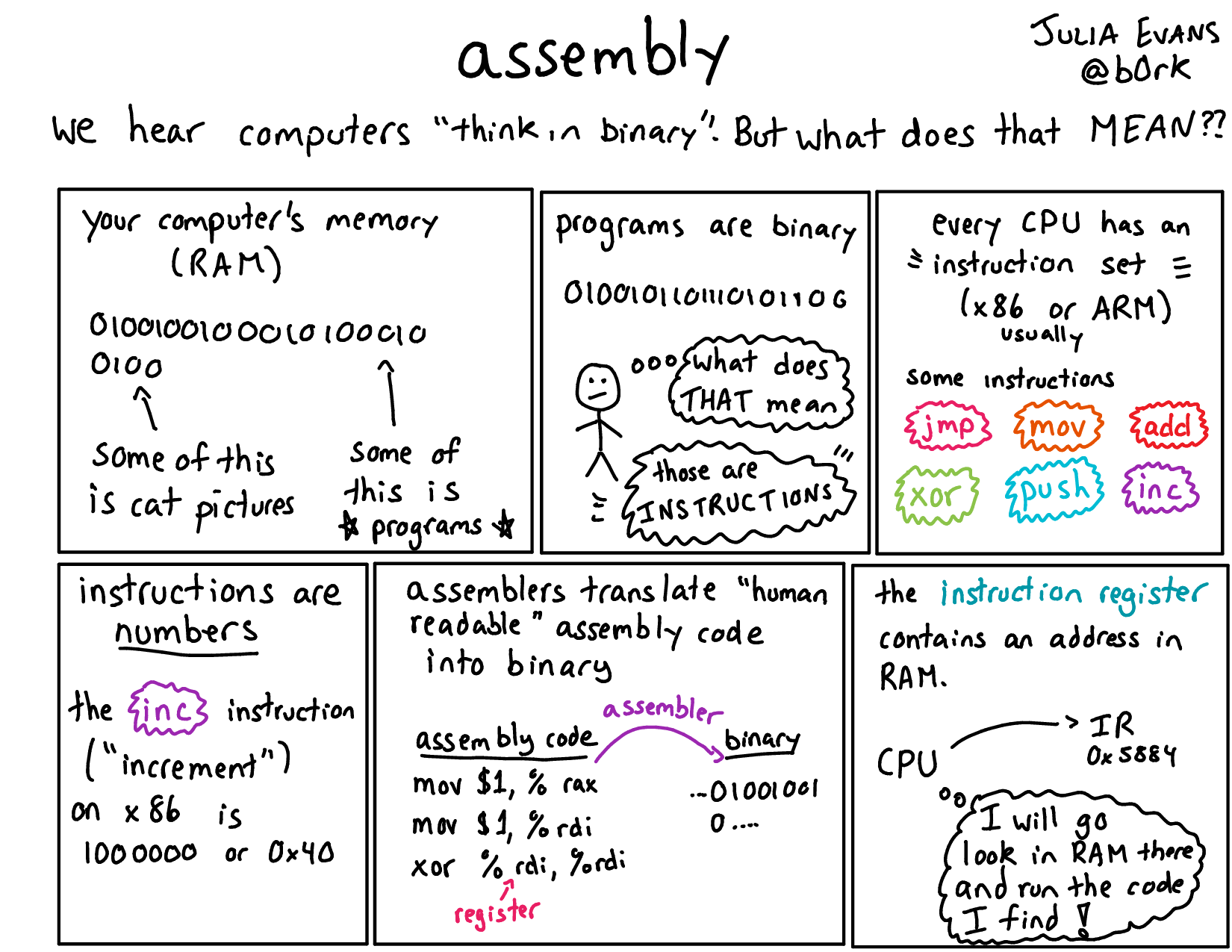 and on the other side of the page there are a few words about why the thing is cool and ways you could learn more (“omg omg did you know you can use a DISASSEMBLER and that there is this great BOOK about assembly”). Someone on twitter described the role of this as “signposting”, like “here is the way to more delightful things about this topic!”

It would be less of “this is a textbook you use to learn everything about Linux” and more of “this is a book you can open to be inspired and delighted and find a new interesting thing to learn about”. So more like “thing explainer” than “why’s poignant guide to ruby”.

Anyway! I don’t know if I will do this at all (like, I have a full time job which I generally like doing, and a bunch of Things to Do), so this more of an “idea julia is having at 1am” than a promise :).

So I don’t forget, here is a twitter thread about technical comic books that gave me a bunch of ideas..