Last week I attended CUSEC, an undergrad conference for software engineers. They invited me to speak which was super exciting, and there were a lot of great talks. I also got to meet Kelsey Gilmore-Innis and it was pretty great.

Some of my favorite things:

Monica, Kelsey, and a few other people put together something we called CUSECLadies. Basically we invited all the women students at CUSEC to meet up with us (women with programming jobs and a few years’ experience on them) and had a big group discussion. We talked about salary negotiation, whether or not women stay in tech, how we all got into programming, people’s experiences in school, whether we identify as feminists, advice for talking to companies at job fairs, the role of women-only groups, and a whole bunch of other things.

It was totally unplanned, but I think/hope people got something out of it.

I also gave a talk! It was called “You can be a kernel hacker!” and it was 100% the most fun talk I have given so far. Here are links to the resources I talked about.

A whole bunch of delightful people came up to me after and told me that they now feel like they know what a kernel is and how to get started with kernel programming! What a world =D

My favorite new talk tactic (thanks to Monica) is to gray out everything irrelevant when showing code samples. Here’s an example: 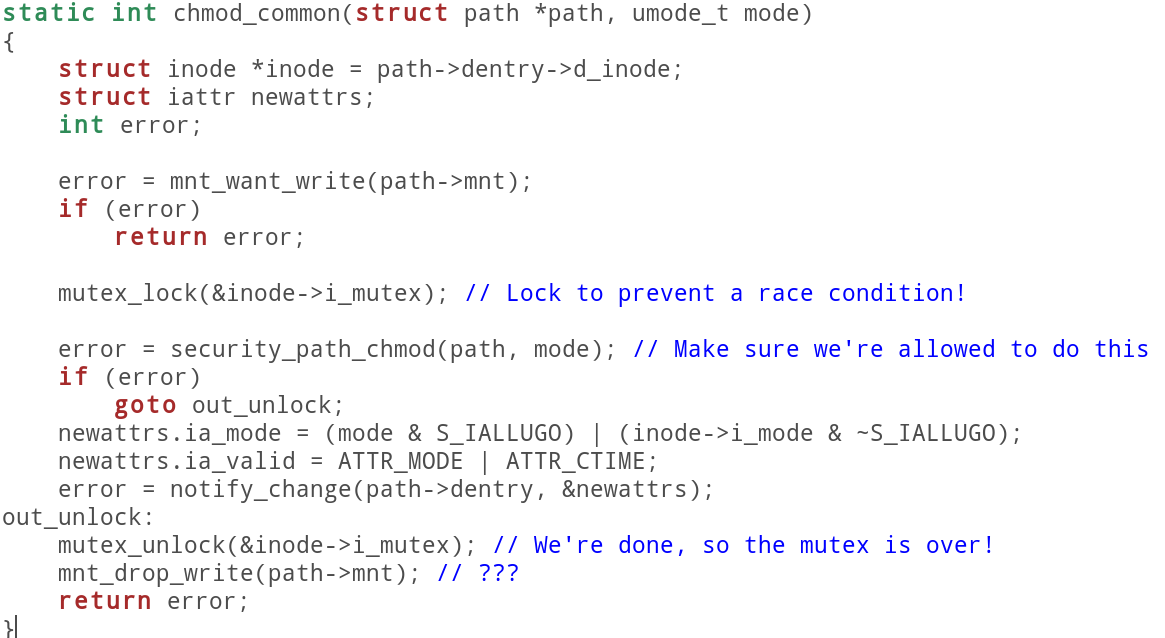 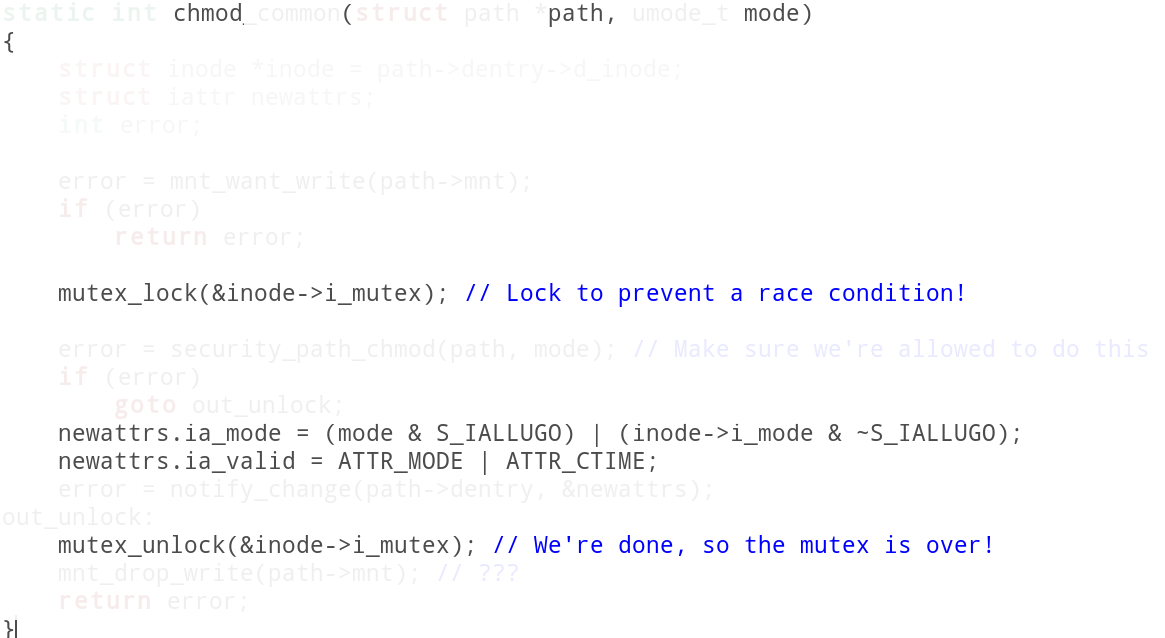 I found that this really helped with the cognitive load of code samples and made showing kernel code much less intimidating. The technical term for this is “eraser eyes”.