It is called “paintschainer” and it lets you colour in black and white images!

The github repo is at https://github.com/pfnet/PaintsChainer and you can try it out yourself at http://paintschainer.preferred.tech/. It seems to be by this Japanese company.

Here is my favorite thing I used it for so far: (before & after). This is a picture of me from the networking zine cover that liz drew. 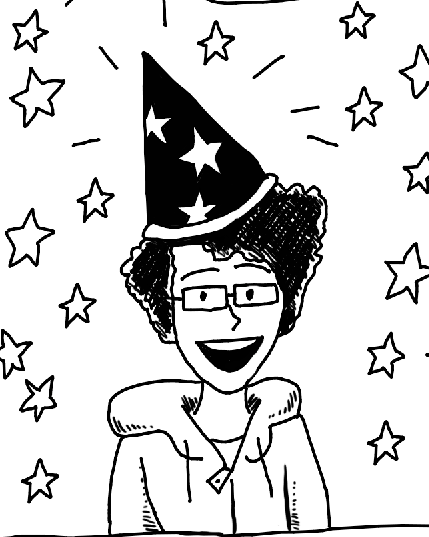 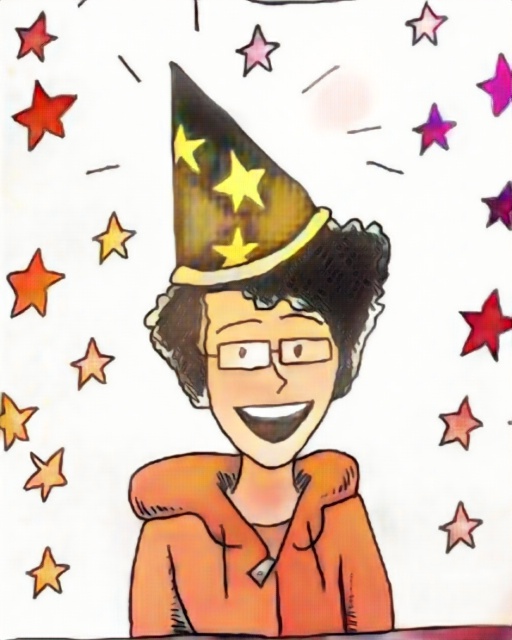 I also coloured in the whole cover of the networking zine as an experiment. It also made me happy but didn’t come out quite as awesome. Someone on twitter described this as “Confused Girl In Orange Hoodie Finds LSD, Hallucinates Purple Cat, Becomes Networking Genius” which I think is probably about right. 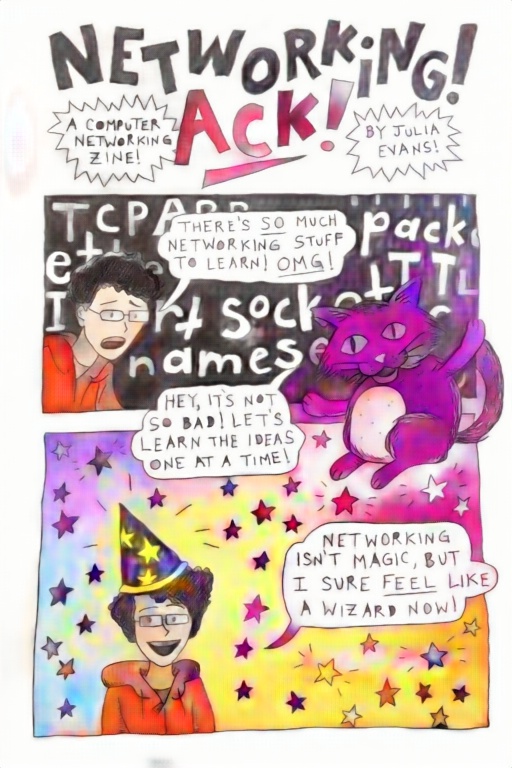 This made me think about what kinds of machine learning art tools I find compelling / exciting. I am not very good at a lot of technical art things yet – I can’t do shading, I don’t really know how to colour something in. I can’t draw a cartoon animal without following a tutorial.

deepart.io lets you take a photo and redraw it in the “style” of another painting. I thought this example was really cool. It takes a pretty ordinary photograph, combines it with a painting, and gives you something really cool looking!

I spent a bunch of time playing with deepart.io but couldn’t make anything I really was excited about. My current hypothesis is – I want to use magical art tools to make things that feel like I made them.

While we’re talking about art tools and technology that enables you to do something cool – I bought a 10 inch Android tablet in September, which is what I use to draw all my zines / programming drawings. Another fun thing I very occasionally do with it is to take photos and then trace them into sketches.

This one is a house a few blocks away from where I live. 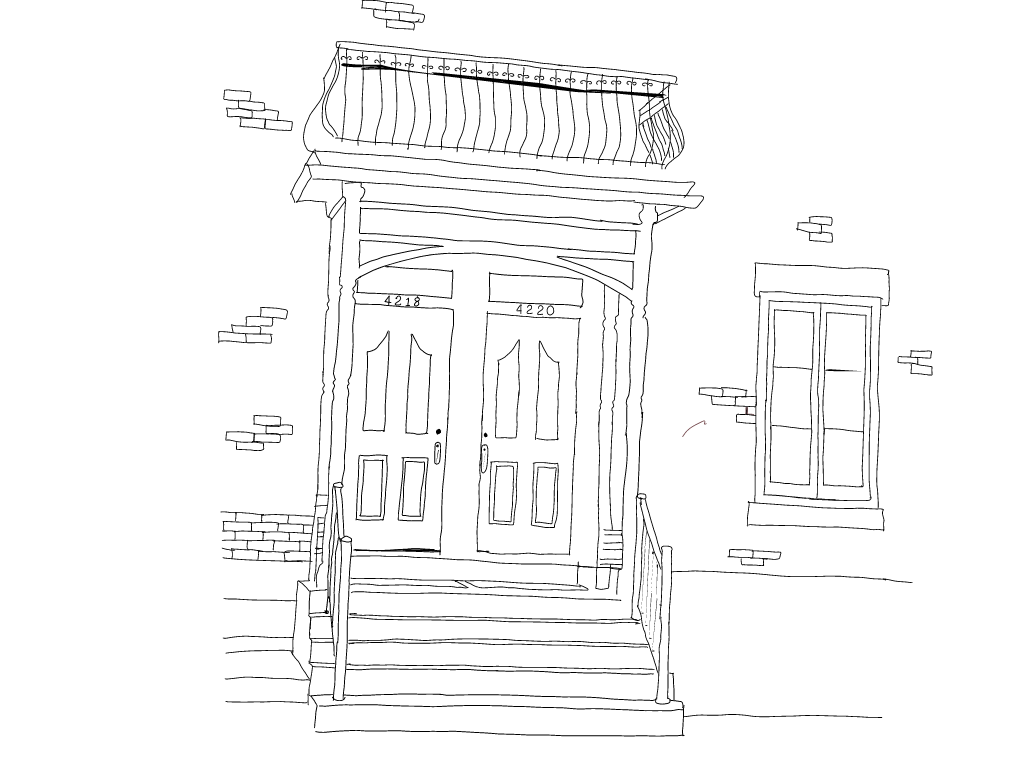 This is dramatically better than my usual house drawing skills. Here is what it usually looks like when I draw a house freehand: 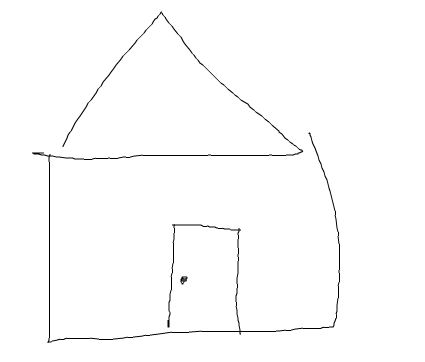 I wondered what this would look if I coloured it with the magical colouring tool paintschainer. It’s kind of cool! 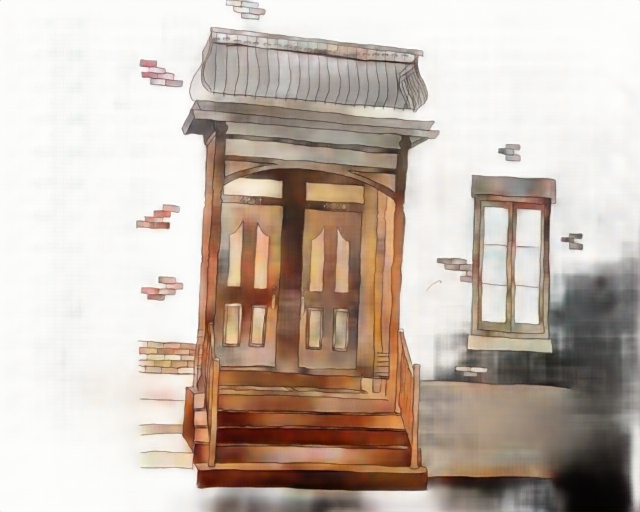 I find this really cool because I can make an image with my hands (I drew all the lines in that image!) with a lot less skills than I would have needed without this magical technology. And it feel more like a thing that I made because I have a lot of creative control over what it looks like (I took the original photo, I decided what to trace, and I picked the colours to colour it in with).

if you know about more tools like this I would like to hear about them! This kind of thing is probably the application of neural networks that makes me the most excited.