One of my as-yet-unrealized goals for Hacker School is to write an operating system, at least a tiny one.

Today I decided to actually start in earnest, because this operating system isn’t going to write itself! I’ve decided to write an OS for x86, because I like the idea of being able to run it on my computer in real life.

I immediately found a super-fantastic resource: MikeOS, which has really simple instructions. The only issue I had with them was that I had to run kvm instead of qemu to get it to run in the emulator.

If you install build-essential, nasm, and qemu, and clone this gist, you too will have the tiniest operating system!

So far all I’ve learned is how to use a particular BIOS interrupt handler, which lets me write characters to the screen and change the background colour.

Here’s what my OS looks like so far. It prints something, and makes the background a pinkish colour. 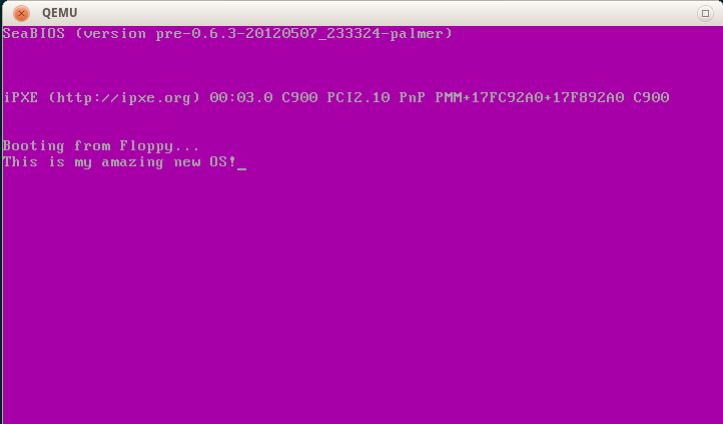